NASA discovers water on the moon 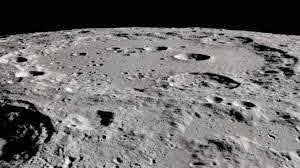 Have you ever wondered what it might be like to walk on the moon? Or even catch a glimpse of what is on the surface of the moon?

On October 26th, 2020, NASA had announced that there is water on the moon. How exactly did they make this discovery? And what does this mean for future exploration?

Using SOFIA (the Stratospheric Observatory for Infrared Astronomy), NASA discovered water on sunlight surfaces of the moon, and even in colder and shadowed parts. The water is classified as Lunar water, because it is located on the moon.

SOFIA itself is a Boeing 747SP plane that is designed to carry a 106 inch reflective telescope and reaches a velocity of 38,000-45,000 feet. This puts 99 percent of the Earth’s atmosphere in its view, which is helpful to astronomers as it allows them to study outer space more easily. SOFIA was first created in May 1977, but before it made its way to NASA, SOFIA was first obtained by Pan American World Airways.

One spot that contains evidence of water molecules is the Clavius Crater. The Clavius Crater is one of the largest craters that is visible from Earth, with a diameter of 225 km and a depth of 3.5 km. SOFIA also helped distinguish water from it’s close chemical cousin, hydroxyl (OH).

The water lies within the permanently shadowed craters. Most of the water vapor in space deteriorates in sunlight, and hydrogen is also quickly lost.

Paul Hertz, who is the director of the Astrophysics Division in the Science Mission Directorate at NASA headquarters in Washington, DC says, “We had indications that H2O – the familiar water we know – might be present on the sunlit side of the Moon. Now we know it is there. This discovery challenges our understanding of the lunar surface and raises intriguing questions about resources relevant for deep space exploration.”

SOFIA will be used again to discover more on how water is produced, stored, and moved across the moon. This data can be used on future missions (such as VIPER or future human exploration as well) to help create the very first maps for the water on the moon.

This discovery excitens NASA’s Artemis program, in which NASA will send the first woman and one man to the moon in 2024, and will use state-of-the-art technologies that will help discover more about the moon’s surface than ever before.