What Makes Rock Music so Popular? 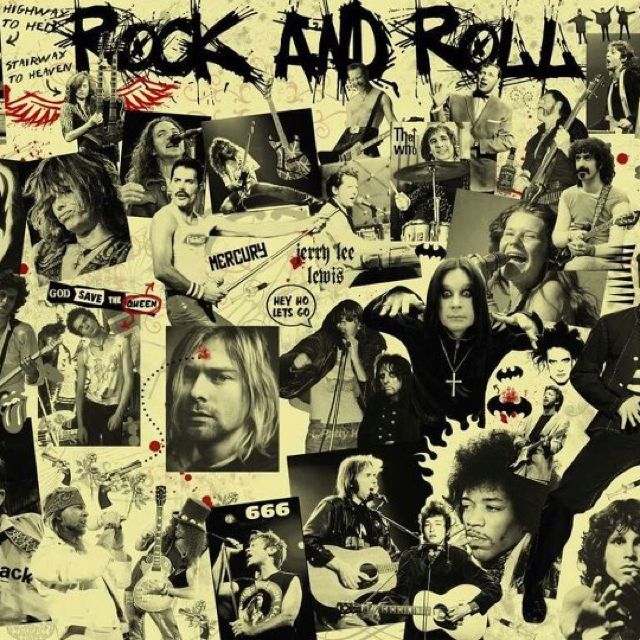 ❝ Rock and roll music, if you like it, if you feel it, you can’t help but move to it. That’s what happens to me. I can’t help it ❞ – Elvis Presley

Many rock bands and artists have been awarded due to their creativity and originality in the music industry. Some of these bands and artists include Guns N’ Roses, Alice Cooper, Queen, Nirvana, and Frank Zappa. They have never needed to follow any previously developed rules or bars when writing music.

While being a fan of rock music myself, I find it intriguing to discover the history behind it and why so many people are drawn to this genre. Rock ‘n’ Roll originated from African-American culture in the early 1950s. Singer Elvis Presley was heavily influenced by Big Bill who was a blues and rock guitarist who started his career in the 1920s. Other artists that have been influenced by blues/rock singers include The Beatles and Rolling Stones.

By the 1970s, rock music became the most preferred type of music and most mainstream. Some popular rock bands and artists that became popular at the time were Led Zeppelin, KISS, Queen, David Bowie, and AC/DC. Rock music tends to have a negative label towards it, but it’s not as aggressive and dangerous as it’s made out to be. It’s simply a band or artist wanting a voice and spreading a message they feel passionate about. However, there is still such a large group of people who love and enjoy a good rock song.

Rock music has a beat, a rhythm, a personality, and character. This is something not found in any other genre. It moves in stride with one’s heart and promotes the desire to be alive and stay alive. People can relate to the real-life stories that happened to them as well, they see the artists as their buddies, as equals in some sense. Rock has always been against everything, sometimes just out of the fun, like the punk scene general attitude. Rock music talks to the audience’s emotions.

The more complex the music is, the more progressive the audience will be. These songs are written from the heart, from the human emotional side. When it comes down to it, music is a reflection of the times and the ideas of that age. Rock and roll has a large variety of genres like punk, glam, alternate, etc.

Every band also happens to offer different kinds of sound and music like Pink Floyd. Something else about Rock music is that it’s not a momentary hit. Songs from the 60s, 70s, 80s, etc. are still relevant today. It allows younger generations to find themselves enjoying the music. Many artists produce genuine music, highly influenced by creative desires. Because of this, artists and bands have helped us shape our society and where it is today. Rock has a unique sound and will always continue to develop and live on for many more decades.