The Reality of Paparazzi and Body Shaming in the Media: Billie Eilish Reflects 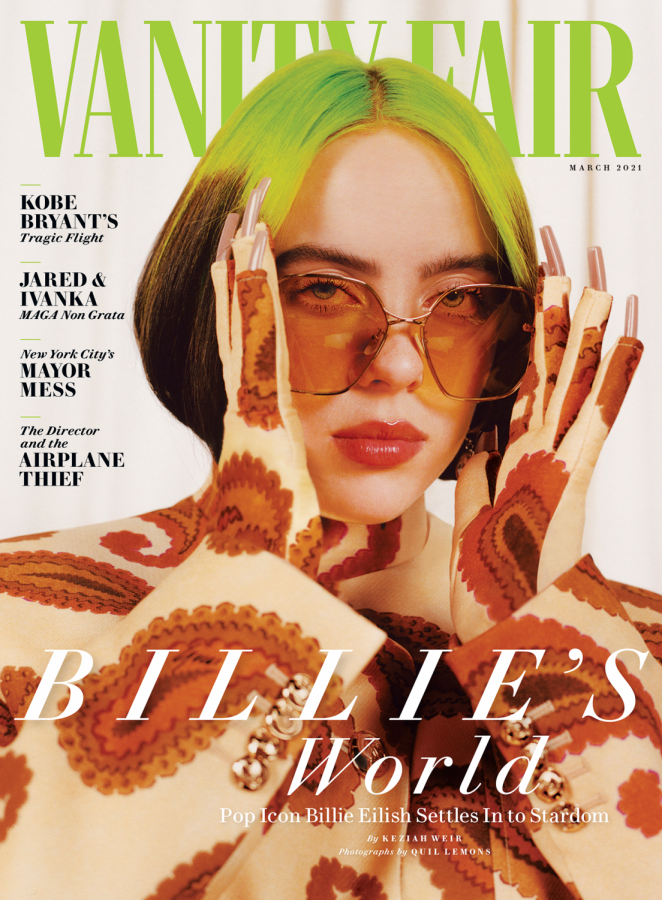 The checkout lines at Super Markets are arguably one of the most distracting places in the world as last-minute buys of candy, chapstick, batteries, gum, mints, etc. line the interior. However, what may be most eye-catching next to that Hershey’s candy bar is the magazines. Who can ignore the flashy headlines baiting with rumors surrounding your favorite celebs? Though most people know most of the headlines are fake, some still find joy in gossiping about the lives, and more specifically the looks, of these household names. Sure, it’s a quick interesting read while waiting in line, but the story of how those headlines and pictures came to be snapped tells something different.

Hollywood’s notorious paparazzi have come under fire in recent years for the obsessive and intrusive tendencies that have them acting like tourists on a safari making the celebrities the wild animals. Many have been arrested on charges of trespassing assault, and some have even been linked to more serious accidents, such as car wrecks while attempting to get a shot for their respective news outlet. No matter how you dice it, it is clear that the main goal of the paparazzi is to invade others’ privacy at their expense. There is a history worth of celebrities being caught doing random things like grabbing food, walking pets, or hanging out with friends, but sometimes, these pictures can often be taken off guard and at unflattering angles that surely rake in a lot of profit for magazine outlets, but at what price for the celebrity?

In her interview with Vanity Fair this year singer, Billie Eilish, known for songs Bad Guy and Ocean Eyes, discussed this concept of exploitation by the paparazzi based on pictures of her that went viral in October of 2020. In previous years, the singer has often been criticized for her fashion choices, specifically because she opts for large, oversized, and varying layers of clothing in comparison to more form-fitting ones. Being only seventeen at her rise to fame, Eilish explained she does this to avoid judgment in the press and online saying, “I mean that’s why I wear big baggy clothes: Nobody can have an opinion because they haven’t seen what’s underneath.” Still, despite hiding her figure completely, the media had its way of criticizing her for something else: her fashion choices, which, due to their large size and interesting patterns have become the center of many internet “memes” in the previous years. However, on October 12, 2020, this changed as the paparazzi directly exploited Eilish’s privacy by snapping photos of her leaving her car to head into her brother’s house. There was nothing inherently wrong with the photos, except for the fact that Eilish was wearing a tank top and sweat shorts that gave the world a more broad glance at her physical physique she typically protects with larger clothing. Unfortunately, Eilish’s initial fears became true, and she faced a lot of negative online criticism. Though many followers had kind things to say, other haters were quick to call her “fat” “thick” and amongst the harshest read: “In 10 months Billie Eilish has developed a mid-30’s wine mom body.” Luckily, Billie Eilish, being the icon she is, was quick to respond on Instagram explaining that the photos taken of her were a clear invasion of privacy, but still reiterated the fact that all body types; big, small, saggy, round, flat should be normalized.

Recently, sitting down for an interview with Vanity Fair, Eilish discussed the “controversy” formally for the first time explaining how the exploitation hurt her self image: “I thought that I would be the only one dealing with my hatred for my body, but I guess the internet also hates my body.” This sad but extremely honest fact shines a spotlight on the problems with not only the paparazzi but the portrayal of normal bodies in the media. Many are now questioning what body types are considered valid if Twitter and internet critics think someone with a normal physique like Eilish is “fat”. Others also pointed out how the media has added a negative connotation to the word “fat” by constantly commenting on celeb appearances when there is absolutely nothing wrong with carrying more weight. Eilish went on to say that she felt very conflicted about how she wants to dress for a certain music video out of fear that her looks will once again be criticized or sexualized by the paparazzi, media, and critics. Still, she says she was able to find a positive in the situation by taking control of it by helping others feel comfortable in their skin: “I love having kids relate to me and tell me that I make them feel comfortable in their bodies.” At the end of the day, Eilish furthered the message that all bodies are beautiful and valid because after all, our looks are unchangeably wired in our DNA for the most part. Still, the significance of this entire situation resides in pointing out how the skewed beauty standard ideals of both paparazzi and the media can be.

It has become a doctrine of common courtesy and kindness to acknowledge that body shaming someone, public figure or not, is never okay. Though this should be the universal decorum, cases of paparazzi exploitation of particularly female celebrities, like that in the case of Billie Eilish, still stand to show how we as a society have normalized this concept. However, it is fortunate that we have role models like Billie Eilish and plenty of others to look up to who are not afraid to call out the “shamers” and don’t feel the need to explain their appearance to anyone. The conversation of body shaming and paparazzi exploitation is still not over, but as promoted by Billie herself, a step towards self-confidence and rejection of ideals is a move in the right direction.