OPINION: Arkansas Near-Total Ban On Abortion is a Wake-Up Call 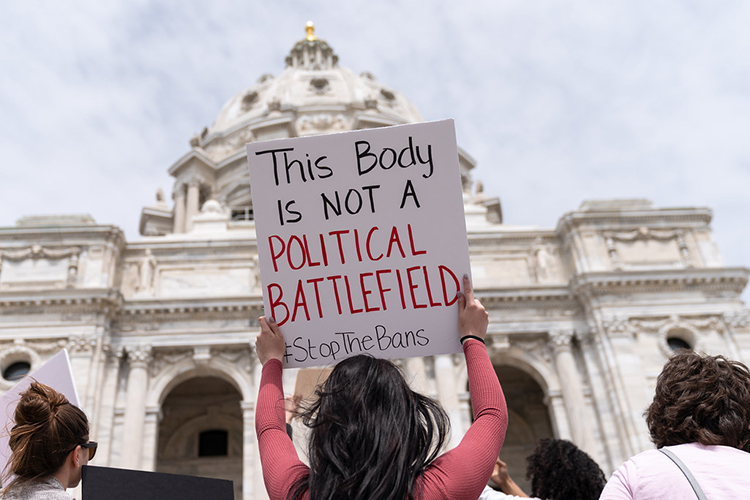 Arkansas Governor Asa Hutchinson recently signed a legislation banning nearly all abortion options in hopes to overturn the 1973 landmark Supreme Court case, Roe v. Wade. According to NPR, under Senate Bill 6, abortion is only allowed in cases where it is “necessary to preserve the health of the fetus or the mother.” This law does not allow any exceptions in situations where pregnancy is a result of rape or incest, a line that anti-abortion-rights activists and lawmakers have supported in the past.

Abortion is still considered illegal in Arkansas, and is considered an unclassified felony in which anyone convicted under law can face a prison sentence or a fine of up to $100,000.

Similar attempts to restrict access to abortion have showed up in the past two years in Ohio, Alabama, and Georgia. These failed after federal courts struck down local laws.

Lawmakers in Texas and Arkansas have pushed new abortion restrictions, believing that a conservative majority in the state will strike down Roe v. Wade. But pro-abortion rights activists are not ready to let up just yet, and are even “keen for a court-fight,” according to NPR.

Since the 1960s, activists have been fighting for equal access to abortion, which has been framed as an equal rights issue.

The question I need answered is why the state is so desperate to have control over a woman’s body? The state should not be concerned about the reason for a woman’s abortion because it goes against the Constitution of the United States. The 14th Amendment in the U.S. Constitution provides a fundamental “right to privacy” that protects a woman’s choice whether or not to have an abortion. The right for a women to make her own healthcare decisions should not be violated, which is what this law does, by limiting abortions to only life-threatening situations.

While not all women may want an abortion, not all women wish or choose to have a child in the first place. Pregnancy from rape occurs in 5% of victims of ages 12 to 45; among adult women, an estimated 32,101 pregnancies result from rape each year. In 34 cases of rape-related pregnancies, a majority of the assaults on young girls were by someone they once knew or trusted. Only 11.7% of these victims received immediate medical attention after the assault and 47.1% received no medical attention related to the rape.

The government should have no say in a woman’s decision to have an abortion. The Governor of Arkansas may think that banning abortions will stop women from getting this procedure, when in fact this ban leaves women with the sole option of seeking out unsafe abortions. The reasoning being for that name? 25 million unsafe abortions take place every year according to the World Health Organisation (WHO). A vast majority of them result in fatal consequences, so much so that they are the third leading cause of maternal deaths worldwide and lead to an additional five million largely preventable disabilities. Also according to the WHO, one third of abortions were performed by untrained persons under “the least safe conditions.”

Unsafe abortions lead to complications such as incomplete abortions, in which there is failure to remove all pregnancy tissue from the uterus, haemorrhage, infections, uterine perforation, and damage to genital tract and internal organs by inserting dangerous and sharp objects. Not only do unsafe abortions negatively impact women in a physical state, but also economically: unsafe abortions can lead to short and long term financial costs for women and their families and communities. And yet, almost every death and injury from these unsafe abortions are preventable.

Those who are already marginalized will be disproportionately affected by these laws, as they have no means to seek safe and legal services or access to private care. They include women and girls of low income, lesbian, bisexual, gender-nonconforming individuals, BIPOC, refugees, and migrants.

So how can we avoid this? We need to provide sex education, the opportunity to safe and legal abortions, access to effective and emergency contraception, and we need to elect individuals to state and federal office who will protect a women’s right to choose.