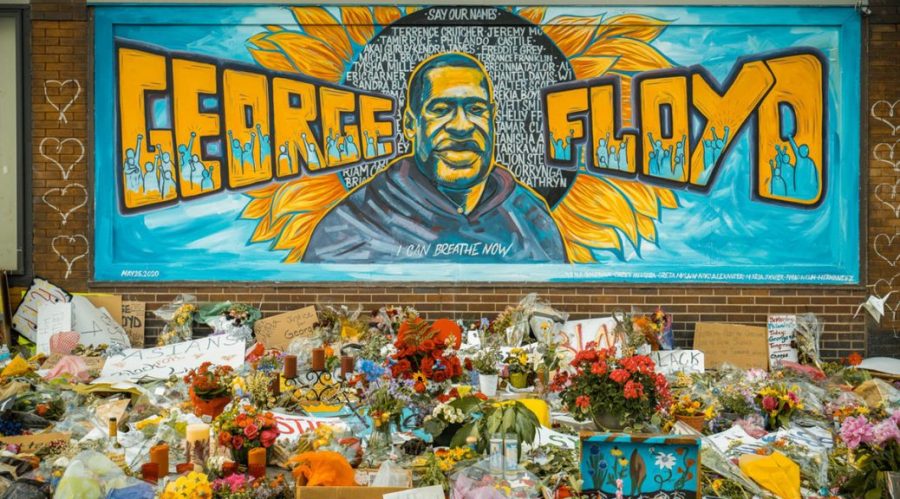 A year ago on May 26th, George Floyd was murdered by former police officer and convicted murderer, Derek Chauvin. As we reflect on what happened in the past year, it’s important to remember that George Floyd did not make a sacrifice for POC. He did not decide to give his life in hopes that his death would lead to a national racial fight that would catapult our nation and a large part of our world that slowly migrated into a summer of BLM protests. George Floyd wanted to live, and he showed us that when he pleaded for 8 minutes and 46 seconds as Derek Chauvin kneeled on his neck. He is not a scapegoat, he is a victim.

Now, as we reflect on his death, it’s difficult for me and many others to find something positive in this sea of racial injustice. Since Floyd was killed last year by police, 1,608 more people have been victims and that rate continues to get higher and higher. It seems like a fatal never-ending trend for POC.

However, seeing Floyd’s death on display for everyone, millions of people were compelled to act out and protest all over the world. Aunt Jemima’s brand got a makeover, Juneteenth became a paid holiday, Confederate statues were overthrown, and the “B” in Black got capitalized. Floyd’s death, as his young daughter put it, “changed the world.” Though, the real question remains in society; have we changed? Is it too early to tell? maybe too late? Many people are still hurting from this. George Floyd’s family and loved ones will always hurt, and will always remember.

Some of us haven’t changed at all, and that is clear. Some of us still proudly display racist ideals towards the world as if we won some award. Some of us are even ignorant and continue to ignore the elephant in the room. Some of us are completely oblivious to how Derek Chauvin’s knee landed on George Floyds’ neck for 8 minutes and 46 seconds. Though, some of us have changed. Some of us realized that enough is enough. Some of us were empowered to buy and support black-owned businesses. Some of us went out to protest for a change.

As a whole, we need to realize the flaws in the justice system and society if we want a steady pace of change for POC in our lives and community. We have to use our privilege and help others who can’t.

*This opinion article reflects the voice of the writer and does not necessarily represent the views of The Viking Times as a whole. Like most news outlets, The Viking Times is a non-partisan media platform.**