Is Modesty Really the Best Policy?: A Look into the Inequity within Dress Codes 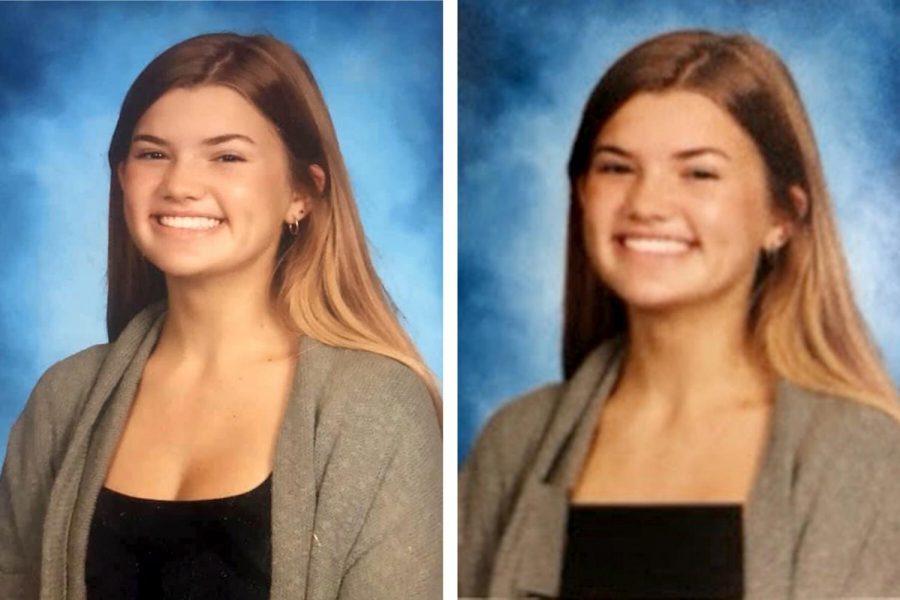 Schools have always maintained the rhetoric that “modesty is the best policy,” arguing that what a student wears reflects the image of the school. But is modesty and respect really at the forefront of the issue if these rules only apply to female students?
Recently, a Florida High School has come under fire for editing many of the female students’ yearbook photos. The alterations were not done to the background nor their face, but rather their bodies. Over 80 female students had their photos digitally retouched in ways that deliberately censored their chests and shoulders. While the principal and yearbook staff claim this was justified because the handbook clearly states what is and isn’t considered immodest clothing, many were quick to point out the outdatedness and inequalities within these codes themselves.

In the handbook, basic guidelines are outlined that make sense, such as no wearing pajamas, hair curlers, t-shirts displaying promoting alcohol/dangerous acts, etc. However, as you go farther down the list, you’ll notice that for girls, the rules and regulations are not only more strict, but also more prominent.

While the male student had a list of only 3-4 rules including keeping facial hair trimmed, no showing boxers, no wearing pajamas, etc. the girls got a whole separate list directly aimed at regulating their bodies. Skirts are to be worn no higher than 4 inches above the knee, tank tops are not acceptable, shorts must reach the fingertips, etc. Not only is there no kind of regulations aimed at TRUE modesty like this for the male students, but there are also not nearly as many. Furthermore, half of the rules listed for the boys have nearly nothing to do with how much skin they show, but rather what the clothing they wear displays, or how to maintain general good hygiene.

With temperatures rising as we approach the summer months, why should only girls be told to cover up? And more importantly, why did this school view them showing an average amount of chest or shoulders to be inherently promiscuous or immodest? Women and teenage girls alike face body shaming daily. Whether it comes from those around them, or through social media, women everywhere have been made to feel uncomfortable about their appearance because the inquisition of showing even the slightest bit of skin subjects them to being labeled by derogatory terms and being unnecessarily oversexualized.

However, at the end of the day, it is not just the terrible photoshop done by this school that has contributed to women’s negative view of themselves and their bodies, because the reprimand extends to dress codes all across the US. As girls are constantly told to not wear tank tops, have long shorts that reach to nearly the knee, wear no low cut shirts, no crop tops, no leggings, have skirts regulated by the schools required inches, boys are maybe only told to not wear their pants too low, shave, or not wear vulgar t-shirts. Not only is this rule unfair, but it’s also misleading due to the fact that everyone has a different body type, so a pair of shorts on a taller girl may appear shorter than that of the same pair on a more petite girl merely because of leg length. Why should girls have to sweat because they’re worried about how others might label them, or the shame they may receive for not covering themselves up completely? Why are schools increasingly set on making girls dress modestly to protect boys? And why are young teenage girls everywhere being taught that their body is something to be ashamed of?

Dress codes should be written with the idea of keeping things safe and appropriate in mind. Instead, schools have used this to leverage their misogynistic rhetoric on female students everywhere who want to keep cool in the summer just like everyone else. Stephanie Fabre, a student’s mother, laid the argument out perfectly, “We’re telling our girls to cover up and dress modestly to protect the boys…I think that’s just the wrong message. Everybody should be responsible for themselves and our girls to be able to dress comfortably, respectfully.” The only way to change this blatant display of sexism and misogyny is to change the institution that upholds the notion that a woman must be modest, both in appearance and actions, to be respected.