If Anything Happens, I Love You: Real Truths About School Shootings 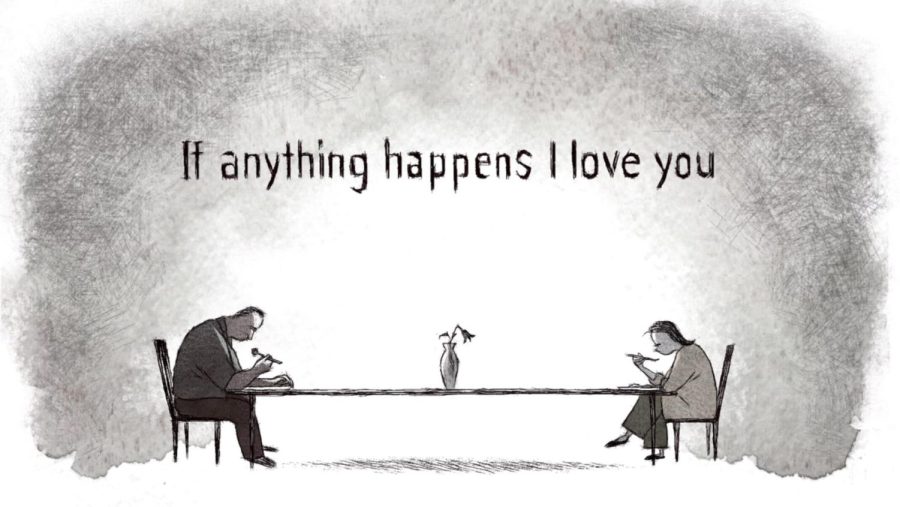 If this past year has proven anything, it’s that we as a society have in many ways fallen short of tackling challenges that threaten safety in schools and political divisions that enable such. In 2021 alone, over 144 incidents of gunfire have occurred on school grounds and around 28 children have died this year alone because of these violent occurrences. That number, of course, however, only pales in comparison to past statistics due to COVID guidelines that are deliberately keeping fewer kids in the classroom. Oxford High School in Michigan is the recent victim of apparent unchecked gun control as fifteen-year-old Ethan Crumbley opened fire on the student body, killing four people, and injuring thirteen others. Yet, the incident that occurred at Oxford is only one small stain on the Government’s hands as over 180 school shootings have occurred in the past 10 years, with over 356 children, teenagers, and adults left dead.

The most infamous cases have been cast in history forever. For instance, in Columbine High School, 1999, fifteen dead total, dozens were injured. This case resides notoriously in history for being one of the first REALLY bad shooting cases to occur in a public school. Prior incidents had occurred at many other education institutes before Eric Harris and Dylan Klebold opened fire, but very few of them were as nearly devastating as what occurred at Columbine. History remembered is not supposed to repeat itself, however, America seems to be changing that narrative because the influx of school shootings has instead increased in the years following Columbine. Sandy Hook, 2012, Watertown CT, 28 dead, with 20 of them being children no more than seven years of age. Stoneman Douglas High School FL, 2018, 17 dead. These occurrences are becoming just mere statistics, as little meaning is being attached to them besides the continuous “thoughts and prayers ‘ and cries for change that are never fulfilled.

About one year ago, Netflix released a 13-minute short film titled, If Anything Happens, I Love you, to seemingly drive home the importance of gun violence awareness in the most thought-provoking and chilling manner possible. The film starts with a couple eating dinner at opposite ends of the table, solemnly picking at their food in the dark atmosphere encompassing them. As the film develops, the couple is seen wandering around the house and envisioning old memories attached to dormant objects lying in their house now untouched that inevitably creates a sense of sad clarity to the audience: they have lost someone. We are introduced to a child who lights up the screen and brings color to the black and white setting we are initially clouded in. Scenes of the child growing up, making memories, laughing, and having fun are displayed to foster an atmosphere of warmth and love.

This feeling quickly dissipates at the most pivotal point of the narrative where the child hugs their parents, unknowingly for the last time, and heads off to school. Suddenly, gunshots ring from out of nowhere. The film is thus brought back to its black and white scheme, though the only thing that remains in color is the US flag: an ironic symbol for a country that vows to protect its children. Though the film itself is very minimalistic in style with the animation having a sort of sketched-motion movement, it speaks volumes about how death by gun violence, in schools and everywhere, has become a senseless tragedy nullified by the idea of unfulfilled promises of change.

The film does not directly address the issues with gun violence but instead focuses on its devastating aftermath. “If anything happens, I love you” is the last message we see on the screen coming from the phone of the child to the mother. It’s an interesting piece to the end of the story, but it’s the relatability of the message that truly resonates with so many viewers. Hundreds of high school, middle school, and even elementary school children have sent those texts to their parents, which in retrospect highlights how common these occurrences have become. School shootings are so normalized and so expected at this point that these text messages, though sad, are not in the least surprising. Schools everywhere have installed metal detectors, mandated clear backpacks, searched students’ belongings thoroughly, required bulletproof shields to be carried, and have created specific attack/barricade plans because shootings occur so frequently, that they now anticipate having them regularly. These are not merely precautionary measures, they are steps taken to ensure survival given that violent crimes do occur.

Oxford High School tells a similar tale most schools that experience a shooting do. A mentally ill student was able to obtain possession of a firearm illegally, and use it to murder others. In the case of Ethan Crumbley, the signs of violence were there. He drew violent pictures, made threats over social media, left behind cryptic messages that alluded he would shoot up the school, and had an online presence that showed off his firearms. His actions are not to be accounted for by “violent video games” or “bullying” but rather ignorance from both the counseling staff and his parents. Yet, the overarching issues reside beyond that: the point is, Ethan Crumbley, being a mentally ill minor, should not in any way be able to obtain the gun he did- and that is not so much a critique on the schooling institution, but rather the NRA and Government who do little to put controls on gun laws that would inhibit this type of access. As former Stoneman Douglas High School student Emma Gonzalez once said about her school shooter, “he wouldn’t have harmed as many students with a knife.” That is the main point, at the end of the day, we have to learn that these types of incidents require more than the meaningless “thoughts and prayers” we attribute to them because those do little in the aftermath. Offering condolences and putting up vigils do not bring lives back, they do not fill the gaps in broken families, and they do not make the solemn promise that these types of tragedies will never occur again. If we want to save lives, clear backpacks aren’t the answer, it’s making a significant change in gun laws.