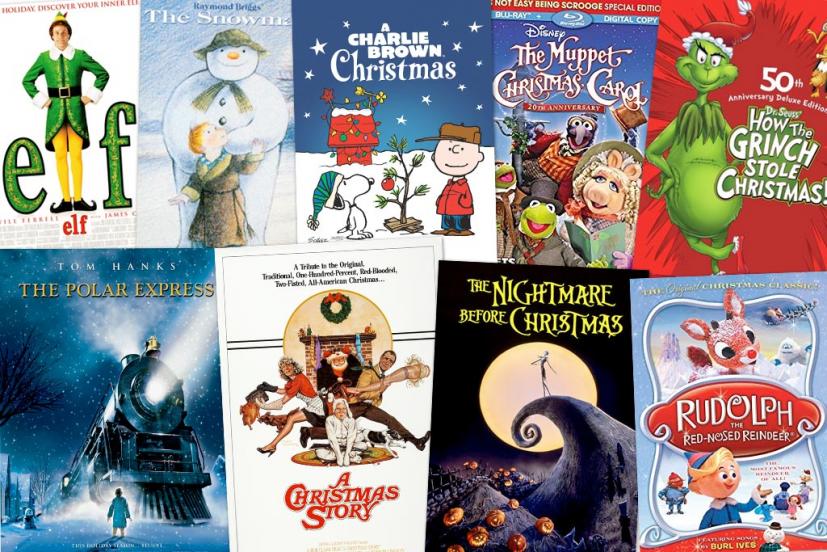 It’s finally the holidays! While this time of year certainly brings with it a great deal of stress from last-minute shopping runs, anticipated shipping times, and travel concerns. It’s safe to say that many can derive their spirit from one of the best forms of entertainment: Holiday Movies. With so many to choose from, I decided to ask WHS students what they thought was the best film in their opinion to help you decide what to watch from the long list of options this holiday break!

“Elf is my all-time favorite film because it is very nostalgic for me, and I like the message it shows of communities coming together as a whole. I also think it has a great comedic purpose because Will Ferrell adds his personal touch to Buddy the Elf.”

In case you don’t know, Elf follows the story of Buddy who is accidentally transported to the North Pole as a baby and is raised as an elf. After years of not fitting in, Buddy comes to realize he is human and goes on an adventure back to New York City to find his biological father- in full elf gear of course. The film is perhaps known for its iconic Christmas comedy, clay animated animals, and interesting holiday concoctions like Buddy’s infamous spaghetti maple syrup and marshmallow creation. It’s not one of my favorites personally, but it’s iconic no doubt.

“This is my favorite holiday film because I feel like it shows what Christmas is really about.”

Barbie: A Perfect Christmas follows the world’s most well-known doll, Barbie, and her sisters who become stranded in Minnesota after their plane is grounded due to stormy weather. In the midst of this sad occasion, the girls come to learn that the holiday is made by spending time with family and caring for one another. While I have not seen this film myself, it sounds like the message has everything to do with the importance of Christmas, so if you feel like experiencing some nostalgia from your childhood past, or are spending time with your younger family members, this film is a great pick!

“My favorite Christmas film is a Charlie Brown Christmas because it is a personal family tradition of mine because we watch it together every year and it just has the cutest storyline.”

A classic, no doubt. A Charlie Brown Christmas is a specialty spin-off of the regular Charlie Brown series that gives a new meaning to what the season is all about. Charlie is increasingly upset at all the materialism he finds around the holidays in place of genuine love; his younger sister, Lucy, recommends he direct the school Christmas Pageant. Though skeptical, Charlie still attempts to restore the true spirit and teach everyone what the holiday is truly about. Is it a holiday if you don’t see this cute animation special on your television?

“This is my favorite film because I liked the girl with the pink pajamas, she was the best and made the movie funny. The hot chocolate they served also looked so good.”

The well-known classic tells the story of a skeptical little boy who takes an unsuspecting train ride to the North Pole. Along the way, he meets many new friends and comes into contact with whimsical Christmas elements that put him through a journey of self-discovery and show him the importance of believing in Santa and magic. While the animation may be a little outdated, it’s certainly worth the watch if you want to revisit the classics.

“The Grinch is my favorite movie because it’s a classic I grew up with. Jim Carrey ate up this role.”

“Jim Carrey made the role and the whole movie so much more funny and realistic.”

Nearly everyone is familiar with the classic story of the Grinch, a misfit Who who dislikes Christmas and has a very small heart. That is until a little Who named Cindy-Lou-Who comes along and shows the Grinch some true compassion

to get into the spirit. Well, that’s the plot line for the 23 minutes 1950 animated version of the Grinch which is iconic for its reason. However, the live-action featuring Jim Carrey does present a very new and fresh perspective on the story of the Grinch. This film, unlike the other version, provides the Grinch’s backstory that explains why he hates Christmas. It also adds in many new elements including a new plot line with the mayor and Martha May that makes it much more complex than the original. This version is also much more commercial than its counterpart due to Carrey’s interesting acting capabilities. Fun fact, it initially took Carrey about 8 hours to get into a full Grinch suit, which furthers the incentive to watch and appreciate this work of art.

“I think the whole movie is really funny and clever, I also think Macaulay Culkin did a great job with the role of Kevin. I’m not a huge fan of Christmas movies but I like this one.”

“It was just really funny.”

When 8-year-old Kevin McCallister is mistakenly left behind as his family heads towards the airport for their Christmas vacation in Paris, he finally gets his wish: No parents. While he does bask in living in a rule-free house, things quickly go south when two

con men try to rob the wealthy McCallister residence. Kevin now must come up with some clever solutions to keep his fortress safe as his family works to get home to him in time for Christmas. This film is absolutely adorable and an exemplary Christmas classic. Kevin’s fun personality and famous traps have inspired viewers all over the world to reenact their own “Home Alone” scenario. This film is a must-watch, no debate.

All the kids who grew up watching Disney Channel likely recall this holiday spin-off the TV Series, Goodluck Charlie. This film follows the Duncan family as they travel to Palm Springs for the holiday, which includes a major bump in the road as eldest daughter Teddy gives up her plane ticket for a later flight in exchange for a free spring break ticket (one she must pay for without the help of her disapproving parents). In true fashion, her mother Amy gets off the plane with her stubborn daughter hoping to book a new flight… that is until they find out there are none available for before Christmas. In a precarious situation, the two must make it to Palm Springs in time for Christmas to reunite with their family through bus, car, and hitchhiking. Though tensions stir, the mother-daughter pair that was initially at odds with one another come to rebuild their relationship in the name of the holiday, with a special surprise at the end. So, if you’re looking to relive a bit of your childhood, this movie may be a remedy.

An older classic that may be known by more adults than teenagers today, but is still worth the watch, is “It’s a Wonderful Life.” This story examines the life of George Bailey, a very giving soul, who falls on hard times as his business collapses. Thinking he would be better off dead, George plays with the thought of suicide but is met by an angel who shows him what life would have been like had he not been born. This movie intertwines with Christmas more subtly but renders the important sentiment of giving back to others in need, and always being kind to others and yourself. I know black and white films are not as appealing to the younger generations, but I honestly think this film is beautiful enough to be given a shot!

Senior, Emma Forsyth: A Year Without a Santa Claus

“I like the heat miser and freeze miser part. I think they’re really funny and that scene is forever my favorite.”

Much like the last film, this movie is an older Christmas movie, that is in color but does have some very old forms of animation (which now adds to its vintage holiday touch!). Mrs.Claus tells us the story of the year Santa decides to take a break from

Christmas because he feels like no one believes anymore. His two trusty elves, Jingle and Jangle, go on a search to prove to him that spirit and holiday enthusiasm is still alive. However, they must first get past the Heat and Freeze miser, two estranged brothers who are still in disarray over some quarreling from years ago. The two can not agree on bringing or withholding Christmas snow, and add to Santa’s deflated mood. In the last resort effort to save the holiday, Mrs.Claus reasons with Mother Nature. I watch this movie once a year, and though the Miser brothers scared me as a child, I think when you admire the old animation and cute storyline from afar, you’ll surely like it. Again, this is a must-watch classic you need to see once in your life.

I can’t end this article without mentioning what I think the best Christmas movie of all time is because, in my opinion, nothing tops The Nightmare Before Christmas. There’s always the argument of whether it’s a Halloween or Christmas movie, but I think that’s the best part. The story follows Jack Skellington, the King of Halloweentown who gets tired of running the same holiday, year after year. After accidentally stumbling upon Christmas Town and becoming entranced by its wonders, Jack attempts to take over the holiday himself.

I think claymation adds a unique element to any piece of film because of how intricate it truly is. I genuinely think Tim Burton always puts out incredible work that is both eerie and sweet at the same time and I would recommend everyone see this film at least once in their lifetime. From the soundtrack to the characters, to the cinematography, everything about this film is perfect.

And though they weren’t mentioned, a few honorable mentions are: Gremlins, A Christmas Carol, Christmas with the Kranks, Family Stone, Jingle all the Way, Frosty the Snowman, Jack Frost, Four Christmases, A Miracle on 34th Street, Love, Mickey’s Twice Upon a Christmas, The Nutcracker, Deck the Halls, National Lampoon’s Christmas Vacation.

So, if you’re looking for a fun and relaxing movie to get your break started, I would highly recommend you check out these classics, especially now that the student body has spoken! Happy Holidays!