OPINION: Every 2 Seconds a Blood Donation is Needed, but Gay and Bisexual Men Still Can’t Donate 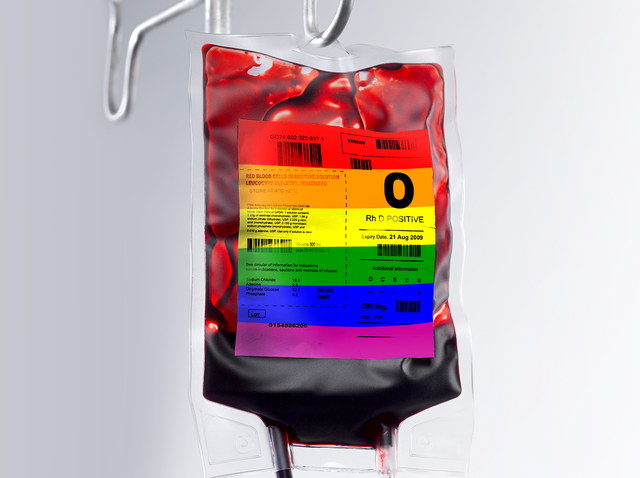 In light of the recent COVID-19 surge, the American Red Cross announced they are facing perhaps one of the worst blood shortages in decades. Every 2 seconds someone needs a blood donation, and on average 29,000 red blood cells are used daily. Yet, after a person donates they must wait at least 56 days before donating again, and with fewer volunteers, outlooks don’t seem that great for those in need.

Though we are in 2022 and gay marriage has been legalized for at least 7 years now in all 50 states, there are still prehistoric values that are inhibiting our advancement. Per the FDA, men who identify as gay or bisexual are unable to donate blood. The complete ban started in 1983 under the orders of Ronald Reagan who placed a LIFETIME BAN on blood donations from, to quote: “any man who has ever had sex with another man.” The issue is the ban was never announced with scientific evidence at its core, but rather homophobic paranoia and rhetoric stemming from the negative public outlook.

The order did far more than just ban donations, it also solidified the public’s fear of “GRID” more correctly known as HIV, though it was once labeled “Gay-Related Immune Deficiency.” Now, the perception of this autoimmune disease had completely turned it over to a “gay disease”, even though anyone can contract the virus no matter their sexual orientation or gender. As of today, donations are only allowed if gay and bisexual men can prove they have been celibate for at least three months, though before the pandemic the requirement was a year. 38 countries around the world still have a complete ban in effect.

In 2014, a study conducted by the UCLA Williams Institute found that lifting the ban entirely could increase annual blood supply by upwards of 4%, which, to put in perspective, would be an additional 615,300 pints of blood. Considering all blood must be thoroughly screened and tested before it can be transfused into another human body, the American Red Cross estimates that the likelihood of a person getting AIDS from HIV-Positive blood would be about 1 in 1.5 million in the US.

There has been an ongoing argument that a person could “just lie” about being gay to donate blood. Though in theory one must fill out a survey listing their sexual history and it could technically be possible, the larger point is focusing on the discrimination of the ban alone. Not to mention the inherent loss of dignity that comes with having to keep your sexuality a secret to undergo a life-saving donation. The main point is that people regardless of their sexuality should be able to donate blood without having their bodies stigmatized as “dirty” and “unusable.” To put this into perspective, a straight man could have an extensive sexual history with women and still be allowed to donate blood at any given time no questions asked, conversely, a gay man with just one partner would be turned away immediately.

Greece and France have both taken steps in the right direction during the pandemic by completely lifting any restrictions for gay and bisexual men to donate. I believe that the US should follow in its footsteps if we ever hope to create a more fair, inclusive, and safe future for everyone.

***This opinion article reflects the voice of the writer and does not necessarily represent the views of The Viking Times as a whole. Like most news outlets, The Viking Times is a non-partisan media platform.***