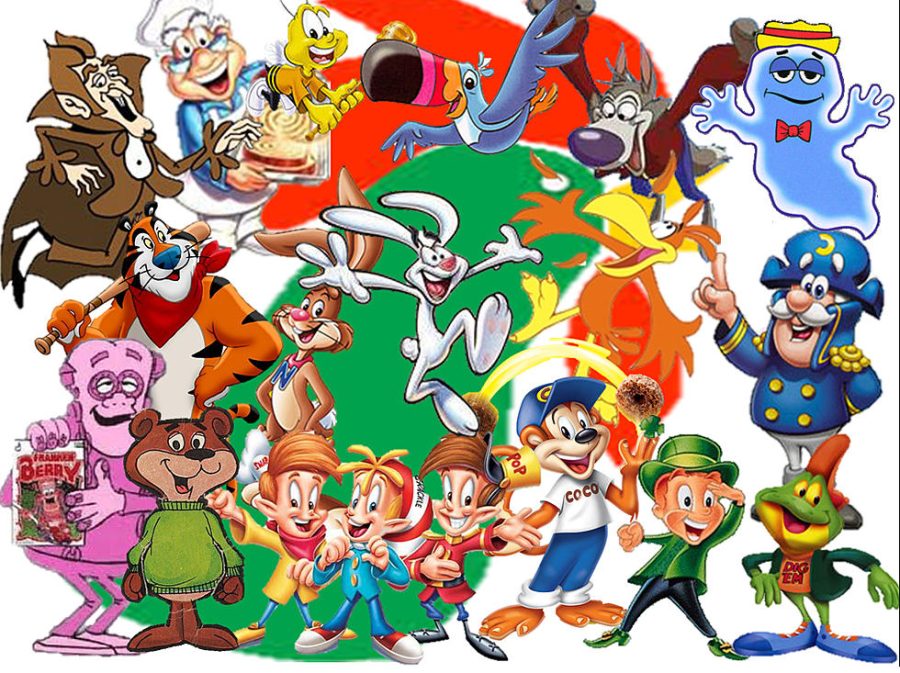 I’m gonna level with you all. I don’t like cereal. Like, it’s fine, but not once in my life have I been like “ooh, yay! Cereal!” It’s something I make for myself if I wake up at 7:10 and need to put something in my body before school so I don’t faint in the middle of Mr. Dixon’s class, y’know? But there’s something about cereal that sets it apart from the rest of the foods: The mascots. Do you know the wonder of being 5 and alone in a Market Basket because you decided to run off to see all the pretty cereal boxes with the fun little guys on them? I do, and it’s amazing.

However, I’ve been thinking about them more, recently. How well do these little envoys of late-stage capitalism fight? How well would I be able to fight them? These are questions that I believe need to not only be answered, but told to all of you good readers of The Viking Times.

And before any of you ask “where’s [insert cereal mascot x]? Why aren’t they on the list?” Shhh… I’m writing this instead of working on my psych final and getting my community service hours in. I can only write so much. And without any further ado, let’s get into it.

Now, look at this guy. Look at him. Is this the face of a man who could beat a high school student in a fight? I think not! This, my friends, is a bee. He is the size of a regular old bee with no spectacular powers ever shown in any of his commercials. Trust me, I’ve checked. Now, some of you melissophobic people at home may be thinking, “bees are terrifying! What if you get stung?” And to that, I have two answers:

One, I’m not a coward. I can take a little sting, unlike some of you.

Two, What’s the real reason that bees are scary? Their hives. One bee is just a minor nuisance. You either kill it or it stings you and the problem’s over. With a hive, on the other hand, you get swarmed by those little dudes. Not cool. But Buzz over here doesn’t belong to a hive. No bees want him. He’s a shill for General Mills and has been since 1979. Due to bees’ natural dislike of capitalism, my win in this fight is guaranteed with little difficulty.

Now that we’re out of “literally just a bee” territory, let’s bring on our next contestant: this funny little rabbit man. This guy’s MO is generally being tricky and trying to swindle kids into giving him free cereal. Which, personally, not the path I would take with my life, but to each their own I guess. This guy probably has a strategy going into the fight, considering he’s known for pulling tricks on kids. However, let’s take a step back here: this is a man whose entire career has been centered around getting dunked on by 9 year-olds to get a cereal that he is the mascot for. His tricks never work and he’s using them against grade schoolers who probably don’t even know their multiplication tables yet. But getting outside of the realm of trickery and into the realm of fisticuffs, he probably doesn’t fight that well. Like, yes, he is an anthropomorphic bunny, he probably jumps high and his kicks could pack a punch, but he’s just not built for fighting. Look at him, this is a skinny dude, probably because he doesn’t eat his sugary cereal. I probably weigh way more than him, and therefore I think I could pin him and win the fight with little difficulty.

Yet another anthropomorphic animal in the ring and this one is certifiably insane! Like straight jackets and all! Fun! This dude is completely normal about 80% of the time, besides being a talking bird, but who am I to judge, y’know? This guy has a special ability, though. When he sees or even hears of anything related to Cocoa Puffs, which is kind of concerning, considering that I straight up didn’t know this guy’s name and just called him “the Cocoa Puffs Bird,” he goes completely crazy. And when I say “crazy,” I mean just straight up bouncing up the walls and screaming. He wouldn’t even be intending to fight me, he’d just be going cuckoo for Cocoa Puffs. And I would not even be able to fight him. Like, if he were in this state, what would I be able to do? Catch him off the rebound on one of the walls and watch as he smashes into me and breaks more of my bones than I would care to break? No thanks. But, speaking of broken bones, if he were in his regular state, I’d be able to win. Easily. It’s unclear whether or not he can fly, which would give him an upper hand, but here’s a fact of bird anatomy: in order for birds to fly, their bones are hollow. This means that a good kick to the chest and he’s out. So, as long as no one mentions cocoa puffs, I’m fine. Otherwise, I’m dead. Personally, I’d take those odds.

Now, I haven’t fought off many tigers in my day. It just doesn’t come up that much. I do not know, and probably will never know how I’d match up against a tiger for sure. But one can guess that a 16 year-old theater kid probably isn’t gonna be pulling off some kind of stunt like beating a tiger in a fight. That being said: if I can’t beat your regular, run-of-the-mill tiger, how am I gonna beat one that lifts? This guy is straight up a super athlete. He’s grrrrreat in literally every sport known to man and can likely turn me into a fine powder if he punches me hard enough. The only things I have on Mr. Flakes over here are that I’m smaller and kind of slippery so it’d be a little challenging to grab me. Unless I fight dirty and bring a weapon, nothing’s stopping this dude from beating me up.

Now, I hate to say that I’d lose in a fight to a man who’s less than 4 feet tall, but this guy is literally magical. He invokes mystic cereal runes to fight with children regularly. Do you think I can beat this guy? He has powers beyond my comprehension! This mystical little irishman could probably warp me into a new dimension if he damn well pleases. And he would! I’ve seen enough movies in the Leprechaun series to know how nice those guys are on average and they’re pretty mean. In one of these commercials, he blew up the moon! What am I supposed to do if he blows up the moon? That isn’t just a me problem anymore, that’s an everyone problem.

Here’s a list of powers that he gains depending on what rune he uses.

This man is just simply far and away beyond my pay grade. I wouldn’t even attempt this because I value my life.