The Moral Implications of Stepping on Ants 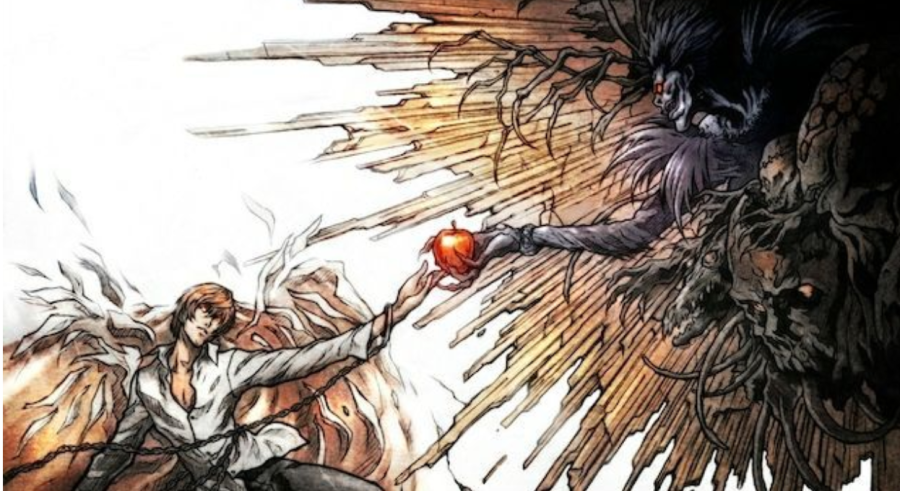 The line separating good and evil rivals runs down the middle of our hearts. We are capable of both, it’s free will. Or are good and evil relative? To get a better knowledge we need to consider what is evil? Is evil a force we cannot see that compels us to commit heinous acts or is evil choosing bad whether it benefits us or not. In the urban dictionary evil is defined as profoundly wicked and immoral. We’ve become desensitized to the point where we don’t recognize the evils we commit, let’s dive in deep of whether some of our daily actions are considered as nothing or  contribution to the sinful world. 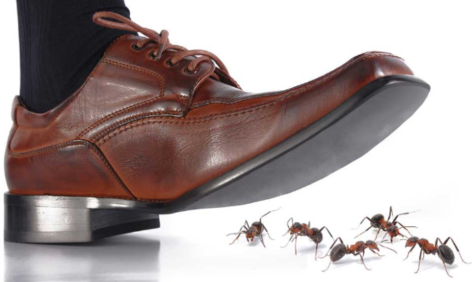 The day dawned crisp and clear with a cool breeze hitting your face. What’s that in the corner of your eye, an ant? Without a second thought you step on it, to one it’s meaningless but now the question ponders am I evil human being? We human beings are considered as higher beings, with a stronger mentality and the ability to rationalize makes us on a higher level of consciousness. The question isn’t about stepping on an Ant, but rather the morals and the ethics of whether a stronger being can kill something so insignificant? Some might argue that us being on the top of the food chain is a justifiable reason and no issue, but imagine a higher power discovering earth, to them we are the ants that give them a right to make us into their ants?

To understand another perspective I asked Mr. Dixon, the Winthrop High psychology teacher, who said “evil is a state of mind, the actions taken don’t reflect the state of mind”. Now this opens a larger argument because if we apply that logic into the modern world, Russia’s actions against Ukraine do not reflect their evil state of mind . On the other hand Mr. Dixon is actually implying that just because we crush an ant beneath our foot, it doesn’t mean we are forming to be the next evil dictator in the making, we just do it but that doesn’t make us evil at all. To better understand this question I caught up with more teachers at WHS here’s what they had to say.

Mr. Tarantino, Winthrop High’s physics teacher, stated “Anything done with bad intentions is evil, it’s not that you don’t respect the ant, it’s just you don’t think about it”. He later adds on “An ant and a dog are conscious but we can see and feel the emotion a dog feels, you can’t picture what an ant thinks because it doesn’t think the way we do it just reacts’ ‘.

Leonardo claims ,“It’s warfare, we must overthrow the queen. It’s all about survival of the fittest!”.

Coincidentally Tom Peti, known for his strong takes, declares, “Us humans are much more advanced species. We colonized everything and we are in the right to dominate over all other species”. In the eyes of Tom this is an unalienable right, we have the right to dictate what lives because we have progressed this world to the point where we are the highest forms of life to exist, but to Mr.Leonardo we are on top of the food chain and we must have willpower to kill if necessary because it’s all about Darwin’s Survival of the fittest theory.

We then move on to our final take Mr.Parsons, a well accredited English teacher in the english department who is recognized for his philosophical ideas; he asserts, “in society we have a hierarchy of evil, but philosophically stepping on the ant is just as evil as murder.” He concludes his final statement with “we are just desensitized,” we have ranked evils on a scale and the lower the evil, the less emotion and remorse we will carry.

Am I supposed to protect the ant because I’m a much higher level of consciousness? Is that my duty as a higher being because they are weak and below me consciously? No, when I step on an ant, I feel no remorse because I am desensitized, subconsciously I am able to recognize these ants are not in the same consciousness level as other animals such as humans or dogs. But philosophically do I feel like a jerk for stepping on the ant? Yes I do.  I chose the fate of another consciousness, I had the choice to choose whether to kill something as insignificant as an ant and remove it consciousness all due to the fact I am a higher power of life. How can something minuscule to us, be their whole world to them?