OPINION: The Robb Elementary School Shooting Should Have Been Prevented 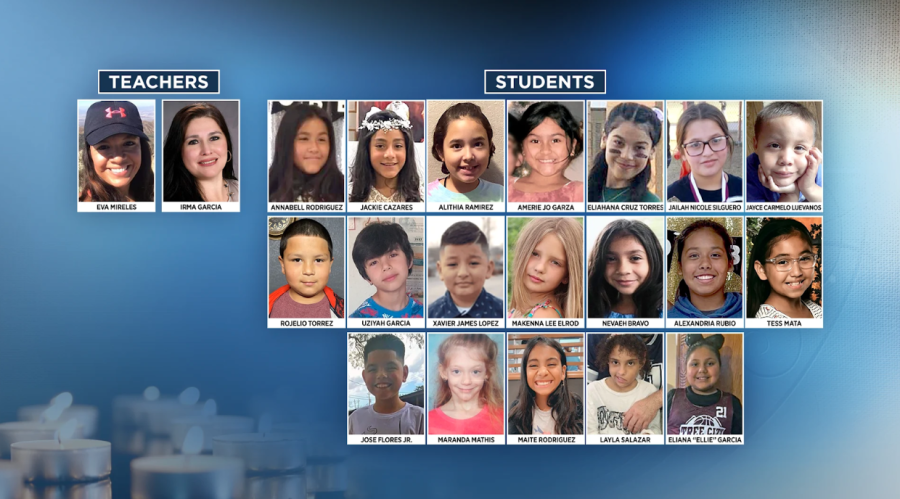 On May 24, 2022, the deadliest school shooting since Sandy Hook tragically struck the nation, causing people to question: Has America progressed in any way? The recent occurrence of the horrifying Robb Elementary School shooting shocked United States citizens, fatally victimizing twenty one lives. After the Sandy Hook Elementary School shooting took the lives of twenty innocent young children and six beloved staff members in 2012, I wonder: How have we let this happen again, and when will we learn?

Since 2012, little has been done to improve the way that we respond to school shootings, and even less has been done to prevent these devastations from happening in the first place. Effort to enhance arms control has been unfortunately absent from the list of issues deemed important by the United States government. In 2013, the response to the Sandy Hook devastation included the proposal of a bill known as the Manchin-Toomey amendment. Although this would expand background checks to gun sales, the Senate ultimately voted against the amendment, disregarding the twenty six lost lives. The disapproval of this much needed bill proved to the nation that the government would rather accept the deaths of twenty innocent young children than enforce necessary measures on gun control.​ The enormous effects of rejecting the Manchin-Toomey amendment would prove disastrous nearly ten years later when an eighteen year old high school drop out was easily and quickly able to access the weapon he used to fatally wound teachers and children.

Living in Uvalde, Texas, teenager Salvador Ramos gained the ability to purchase two AR platform rifles as soon as he turned eighteen due to the lack of gun restriction laws. Although he was not expected to graduate high school, he WAS expected to be able to responsibly handle these extremely powerful and life threatening weapons. With these guns, he terminated the lives of friends and family members. Nineteen of them were nine or ten years old. It is completely unbelievable that a young adult such as Ramos with no qualifications to carry a gun is able to acquire one so simply in Texas, and the fact that the state lawmakers do not see inadequacy in this lack of regulation is incomprehensible.

Needed in the world, and especially in Texas, are background checks and sufficient gun licenses. Unfortunately, due to the absences of these principles, twenty one innocent lives were lost unnecessarily. The priorities of America should be reconsidered immensely, and efforts should be directed towards arms control and law enforcement reform in order to better prevent shootings and protect our children.

**This opinion article reflects the voice of the writer and does not necessarily represent the views of The Viking Times as a whole. Like most news outlets, The Viking Times is a non-partisan media platform.***