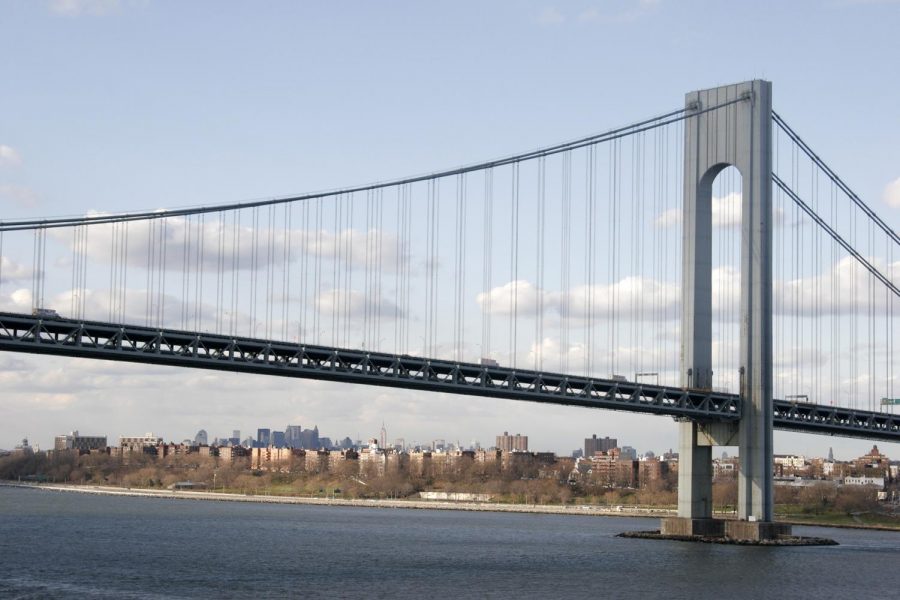 The Verrazano-Narrows Bridge is the longest suspension bridge in the United States, and once it was the longest in the world!

Verrazzano-Narrows Bridge Heaves and Moves in the Wind

A bridge is meant to be a sound structure and is built to make sure it can help carry across cars from one side to another while staying rigid and strong.

The Verrazzano-Narrows Bridge is a suspension bridge in Staten Island, New York. Construction for the bridge started on August 13, 1959 and ended in 1964. The bridge was built by Othman H. Ammun and was named after Giovanni da Verrazzano. Verrazzano was the very first European to arrive in New York Harbor in 1542, and the bridge was named in his honor. The “Narrows” portion of the name derives from the body of water the bridge spans over.

The Verrazzano-Narrows Bridge is considered to be one of the longest suspension bridges in the Americas. It’s length is a whopping 4,176 meters (around 13,700 feet), while its main span (which is the length between any two supporting piers) is 1,298 meters (4,600 feet) long. Its main span was considered one of the longest in the world (at that time) until the completion of the 1981 Humber Bridge.

Sometime between November 30 and December 3, there was a powerful gust of wind that blew 60-mph (96.5 km/h) and caused the bridge to sway and emit loud noises which were caught on video.

There wasn’t a specific part of the bridge that shook, rather that the entire bridge, all 13,700 feet of it, swayed and shrieked in the powerful winds. Interesting Engineering says the winds were so strong that parts of New York were “rocking.”

But according to Interesting Engineering, an MTA spokesperson who spoke with The New York Post stated that, “even though it’s a little daunting watching such a large structure bend and move, this is precisely what they’re built to do.”

The spokesperson says, “Suspension bridges – particularly the longest span in North America – are engineered to be flexible and any movements on the bridge were within its safety standards.” He goes on to reassure that, “the MTA’s weather event safety protocols were activated early,” and that they, “worked as designed with no structural damage, no major vehicular accidents and no injuries resulting from Monday’s high winds.”

The bridge was to be opened back on Tuesday, December 1st, and with a new split-tolling payment for the first time since March 19, 1986. Split tolling means that drivers will have to pay taxes on both ends of the bridge. Before this, drivers would only have to pay the taxes when traveling westbound from Brooklyn to Staten Island.