Everything We Know About The Invasion Of Ukraine 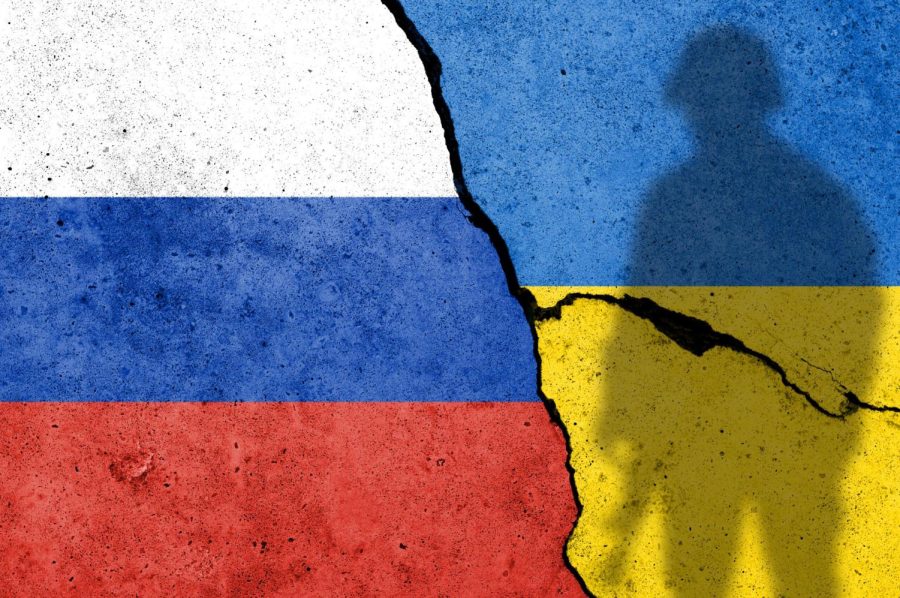 Only a few weeks ago, Russia claimed it would pull back hundreds of thousands of troops from Ukrainian borders. On February 24 of 2022, Russia officially invaded Ukraine, through Belarus, intensifying the almost decade-old Russo-Ukrainian War that began in 2014. The invasion was marked as the “largest conventional military attack in Europe since World War ll.”

According to BBC News, Russian forces launched devastating attacks by air, land, and sea. Its forces are bombing city centers, hospitals, schools, major cities, and even a Holocaust memorial, and are closing in on Ukraine’s capital, Kyiv.

While news of the invasion is just days fresh, Russia began assembling military forces along the Russia-Ukraine border in March of 2021.

Since the beginning of the invasion, at least 2 million Ukrainians have fled their country in search of safety, according to CNN.

Many questions circulate the reasons behind the invasion; why invade Ukraine and most importantly, why now? Here’s everything you need to know about the invasion.

So why have Russian troops attacked? In a TV address on the day of the invasion, Russian President Vladimir Putin declared that Russia could not be “safe, develop and exist” because of what he claimed to be constant threats from modern-day Ukraine.

Almost immediately, tanks and troops rolled in through ally Belarus and Crimea, attacking airports and military headquarters. Putin claimed his goal was to protect his people who were subjected to “bullying and genocide” and for the “demilitarization and deNazification” of Ukraine. Russia has taken over major cities such as Kharkiv and Mariupol, inching closer and closer to the capital of Ukraine, Kyiv.

Many believe this war to be the effect of the Collapse of the Soviet Union. In 1991, Ukraine and Russia, both part of the Soviet Union, had become independent countries. Fast forward to 2008, leaders of NATO, the North Atlantic Treaty Organization, decided at the 208 Bucharest Summit that Ukraine would become a member of the Alliance.

For an in-depth analysis of the causes of this invasion, I asked WHS History teacher, Mr. Ray Leonardo for more information.

According to Mr. Leonardo, historically, Russia has had an “imperial identity” at least through the 1930s and even when they had a “formidable military” during the Cold War; “Part of this imperial identity is nationalistic, a desire to control many of the Slavic peoples in and around Eastern Europe,” he says, “but on the other hand, control of your neighbors is also a security benefit and Russia has always been very fearful of invasion. All you have to remember is Napoleonic France in the 19th century and Nazi Germany in the 20th century…I suspect (many of) Putin’s speeches and writings over the years are a bit of both–this is why you hear anti-NATO arguments while also hearing how Ukraine is historically Russian, not an independent state.”

Considering this, Russia would have been able to invade whenever they wished, so why choose now? While it’s hard to know without “getting into Putin’s head”, Mr. Leonardo suggests it may be a combination of “several strong hypotheses”, some of which include that Putin may feel his time in power is “coming to an end” and “maybe ending sooner rather than later”. Another idea suggests that Ukraine is “changing politically”, “moving closer to Western Europe and away from Russia’s sphere”.

Finally, does Russia hope to gain anything from this fighting, and if so, what? “-Enhanced security by its borders and a subservient Ukrainian government, a puppet state of some kind,” Mr. Leonardo says.

“It would remove the threat of NATO in Ukraine and reconnect the long history of Ukrainian and Russian unity. Although they may get the latter, Russia’s actions have backfired regarding the idea of NATO fracturing. In 48 hours, Putin gave NATO a breath of new life since it had basically pondered its need to exist post-1991 when the Soviet Union collapsed. Moving forward, Russia under Putin will not be a Russia most will want to inhabit as they will continue to get economically crippled by many in the West and pressured to change its behavior by their allies like China.”

NATO was created in 1949 to provide “collective security against the Soviet Union.” In 2008, the same year as NATO announced Ukraine’s joining, President Putin spoke out against Ukraine’s membership. According to BBC, Russia fears that if Ukraine joins NATO,

As mentioned, the number of citizens who have fled Ukraine continues to grow every day. Ukraine’s military remains rooted in place as President Zelensky attends numerous conferences in hopes of an agreement of ceasefire.

Many of Ukraine’s allies are opening their doors to refugees fleeing the country. Allies and NATO itself are offering humanitarian aid as well as sending weapons, ammunition, medical supplies, and other vital military equipment to Ukraine. NATO labeled the invasion as a “terrible strategic mistake”, one of which Russia will “pay a heavy price, both economically and politically, for years to come.”

The United States has taken careful action while trying not to trigger a bigger war. One clear example is the MiG-29 fighter jets the US has sent over to Ukraine. However, because Ukraine is not in NATO, this further complicates the measures that the US and other allies can take to provide support to Ukraine.

According to CNBC, the last peace talks were held on Thursday, March 10, which lasted close to two hours, in which no progress was made on Ukraine’s proposal for a 24-house cease-fire.