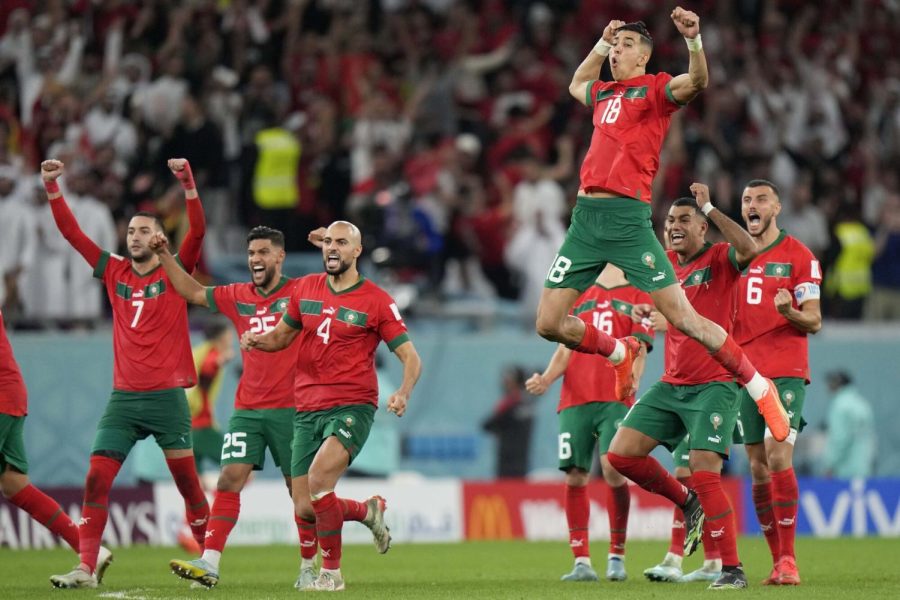 Morocco becomes the first ever African and Arab team to qualify for the World Cup Semi Finals after a historic game vs Portugal.

In the high stakes game, Morocco’s Youssef En-Nesyri scored the only goal during the entire game. Similar to the World Cup in 2018, in which Portugal scored the only goal in the same matchup. The goal came a few minutes right before half time. According to CNN, the defeat “marked the end of…Cristiano Ronaldo’s last World Cup.”

The Moroccan team gained the admiration of millions across the globe as it beat Belgium, Spain and finally Portugal, something that seemed impossible to many.

“It’s an amazing feeling,” Moroccan soccer player Abdelhamid Sabiri said to Al Jazeera, “No one thought we could do it.” Cheers of victory erupted around the world from Rabat, France, home to a Moroccan community to the stadium in which the team played and even to Massachusetts very own Revere, in which cars aligned the street with people honking and cheering,  waving the Moroccan flag.

Congrats to the team on their momentous win!

Finals in which France versus Argentina will be held on Sunday, December 18th at 10:00 A.M. EST. So, will youngblood Kylian Mbappe lead France to another World Cup victory, or will Lionel Messi prove his team once again by claiming the trophy as their own?