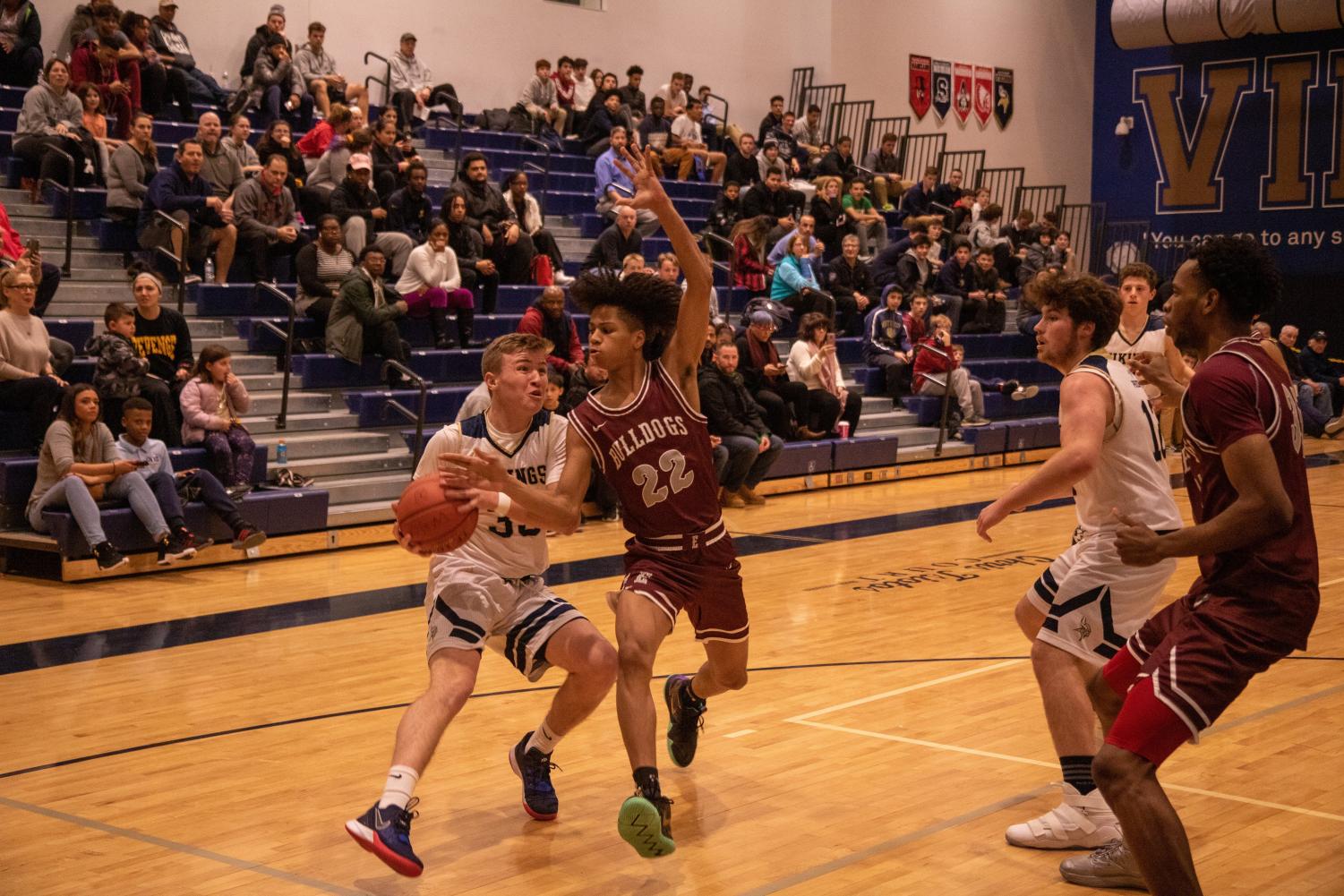 Cam Conway goes up for the jumper. (Jake Forgione)

Cam Conway goes up for the jumper.

Boys basketball team stays optimistic for remainder of the season

Winthrop High School varsity boys basketball team started off the season with a rough patch, but is now looking toward the future for wins. The team is now 2-4, and is scheduled to take on Gloucester Friday, January 7.

Even though the boys started the season off with two losses against both Malden Catholic and Danvers, they are holding their heads high for what is yet to come.

The first two games were at home, packing the new Winthrop High School Gym full of Viking fans. Cam Conway wanted to inform the fans to, “expect to see us come with everything at every game and never stop competing.”

The hope that the team held onto gave them enough inspiration to do just that, leading them to victory over Georgetown and Ipswich. For future practices, Conway once again mention this hard work ethic as they, “know we will have a difficult NEC schedule against Lynn Classical and English.”

The team is “working hard every practice,” Conway said. “We are preparing for a very difficult NEC schedule against Lynn Classical and English.”

However, though they expect a challenge, Conway said the team has “more chemistry and more communication,” which will lead them to a win.

These two conference games will determine whether or not they will make it to the championship at the end of their 2020 season. The Lynn English game will take place on Tuesday, January 7, at Winthrop High School. Being a home game, it is expected to bring a crowd. Only a week after that, the Winthrop boys will be taking on Lynn Classical at Lynn Classical.