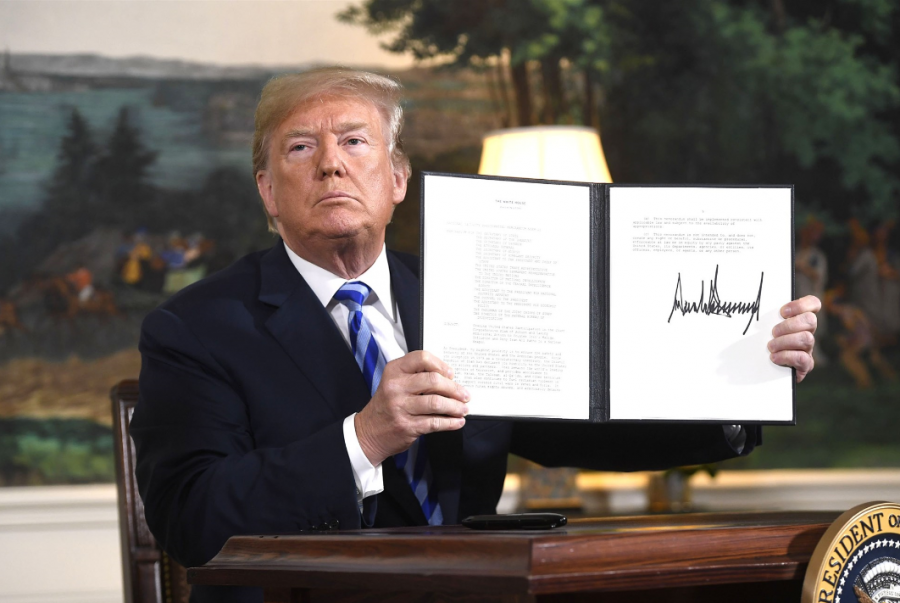 What’s going on with Iran?: A guide to U.S. foreign policy

Issues concerning conflict with Iran emerged on Friday  morning, January 3, after Iranian General, Qasem Soleimani, was assassinated by an air strike ordered by President Donald Trump. With the swirl of news surrounding Iran, the impeachment of President Trump has been put on the back burner. Citizens are instead concerned about the possibility of a war, and what that means for the next few years.

According to CNN, U.S. officials justified the attack by saying it was in order to stop an “imminent attack on Americans.” Notably, the strike was not approved or acknowledged by Congress before hand.

Trump’s decision stemmed from a recent protest in front of the U.S. Embassy in Baghdad on December 31, which resulted in protesters storming the cite. U.S. officials believe the attack was supported by Iranian militia. The U.S. Department of Defense then came out with a statement telling of the threat posed to the U.S. by the Iranian general, who was actively targeting American diplomats in and around the Iraq region.

Tensions escalated on the morning of January 3, which had been building up for over a year. These tensions grew due to President Trump’s orders to withdraw the Iran Nuclear Deal in 2018, ushered by the Obama administration. In response to these changes, Iran has bombed Saudi Arabian Oil Buildings, gone after Oil Tankers in the region, and even shot down a U.S. drone.

Five days after the assassination, Iran ordered a strike of over 12 ballistic missiles aimed at U.S. forces located in Iran. Trump immediately announced that the U.S. would target Iranian cultural areas. Soon after, a letter which announced the withdrawal of U.S. troops from Iraq.

“Iran appears to be standing down,” Trump said Wednesday Morning. “Which is a good thing for all parties concerned and a very good thing for the world.”

Tensions seem to be cooling down with Iran for the time being based on statements issued by the Trump Administration. However, the threat of war still looms and keeps citizens intrigued by updates from the government.