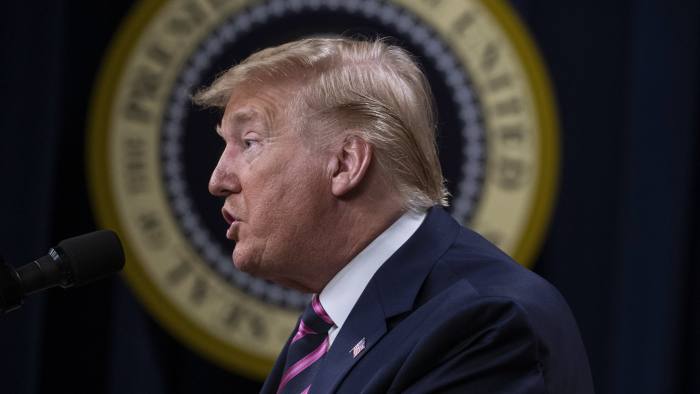 Should Trump be Impeached?

On December 18, Donald Trump became the third president to be impeached since 1999. Trump was believed to be guilty of two articles of impeachment: presidential abuse of power and obstruction of Congress.

Impeachment is a sequence of legal charges. In the US, the House of Representatives has the power to impeach a president due to Article I of the U.S. Constitution. They do this by passing articles of impeachment via majority vote.

Once the vote goes through, the next step is a trial held by the Senate, where the Chief Justice of the Supreme Court oversees the impeachment trials. To remove a president from office, a two-thirds majority is required. After that’s done, there is a line of succession that must be followed to see who will be the next president: Vice President, Speaker of the House, President pro tempore of the Senate, Secretary of State, and Secretary of the Treasury and so on. Donald Trump’s process of impeachment was caused by a whistleblower.

According to NPR’s “Articles of Impeachment Against President Trump,” an unnamed whistleblower sent a complaint to the House Intel Committee describing allegations of Trump’s call with Ukraine. Trump was accused of giving military aid to Ukraine for his political benefit. It was noted that Trump asked Volodymyr Zelenskiy, the Ukrainian president, to open an investigation on the US 2016 election to find information about a conspiracy and on Joe Biden, a 2020 political rival.

The whistleblower described how Trump wished for Ukraine to interfere with the election of 2020. When the House voted for impeachment, there were two articles of impeachment that were brought out: Trump’s abuse of power and obstructing the work of Congress. According to the whistleblower, the concern behind Trump’s actions is the vulnerable position the U.S. national security is put in; the government’s ability to protect against foreign interference in U.S. elections being threatened by Trump’s actions.

In my opinion, Trump deserves to be impeached and convicted of the charges he was accused of. Ever since Donald Trump became president, he has committed multiple impeach-worthy crimes. According to The New York Times, Trump accepted foreign money for his businesses, he paid a woman (who allegedly had a sexual affair with him) to keep quiet, and he handicapped the progress of the Russia investigation that was carefully documented by Robert Mueller, the special counsel in the investigation.

It was not until September 2019 when a whistle-blower called Trump out on seeking Ukraine’s help to interfere with the next election. The Justice Department, at first, suppressed the complaint. The government could no longer ignore Trump’s actions because of his plans with Ukraine in the next election strip voters’ right to curb Trump’s conduct.

Future voter and student Olexis Tallent believes that “while the Congressmen, House of Representatives, and Senate are divided, I feel as if the nationalism of the people has only increased due to the impeachment.”

During his trial with the House of Representatives, Trump has shown no evidence of his innocence and has not allowed any administration officials to testify. If he were to allow them to testify, they would say he was innocent. For now, we await to see how the Senate will handle Trump’s case. When conducting your research on Trump’s impeachment, it’s important to look at a variety of sources.

Keep in mind that different newsletters portray Trump’s impeachment in different lights. For example, NPR is mostly neutral about the impeachment of Donald Trump and only writes about the sequence of events without bias. Fox News, however, was the network that supported Trump’s administration. Many of Fox’s articles only talk about Trump’s opinions during the impeachment and other national events. It is good to look at multiple news media to avoid biases towards Trump’s impeachment.