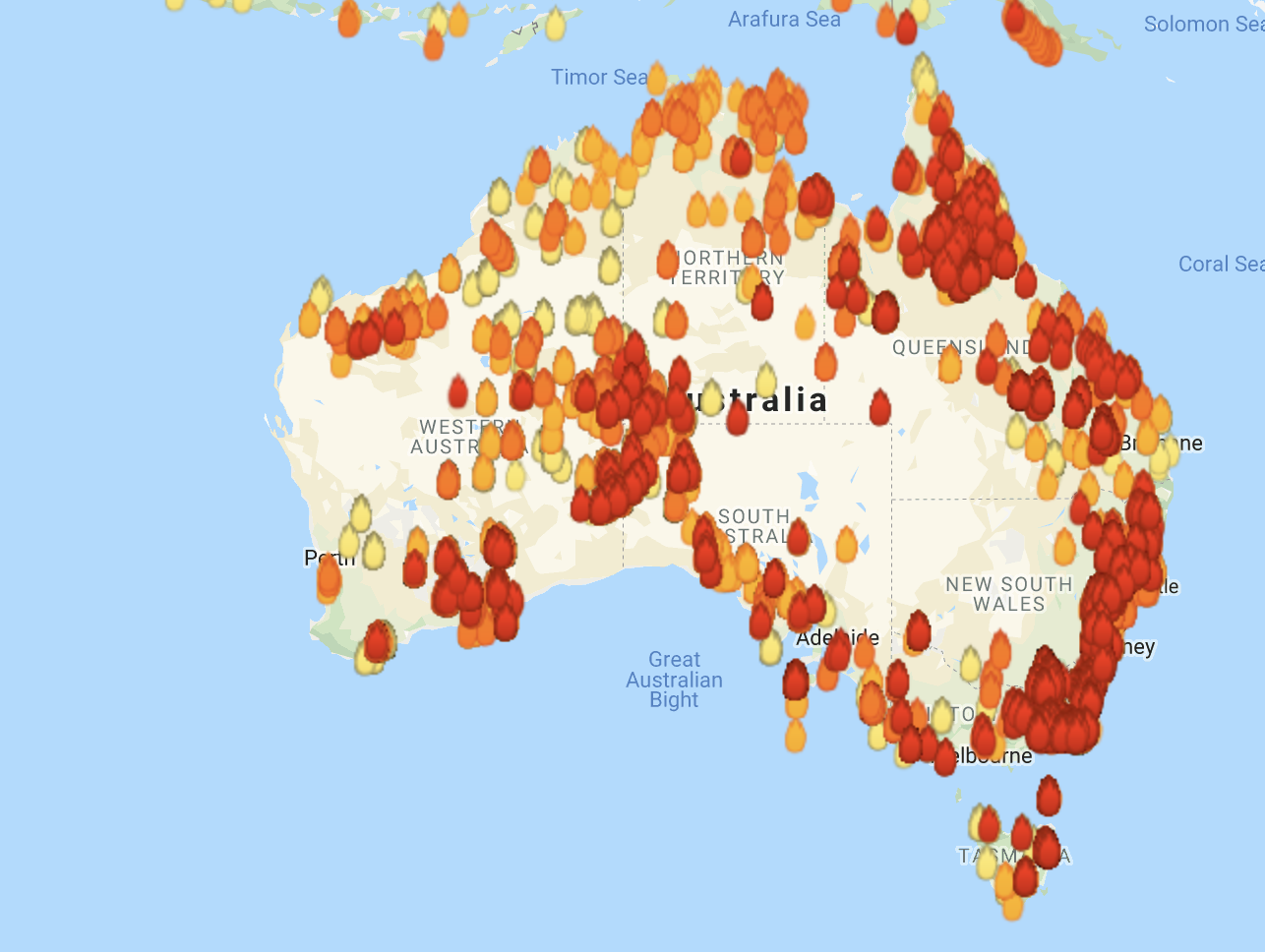 Storms bring a flood of problems to Australian community

The deadly fires in Australia have killed an approximate one billion animals. So far, thirty people have died, and 3000 homes have gone up in flames. According to the British Broadcasting Corporation (BBC), the smoke from the fires has caused intense air pollution, and the air quality has lowered over the last few months in cities such as Canberra and Melbourne. Australian Prime Minister Scott Morrison has been claimed to doing nothing with outbreak of the massive fires. He was supposedly out on vacation to Hawaii with his family, while not leaving a plan of action.

According to BBC, the fires that have affected New South Wales and other parts of Australia are some of the most powerful in decades. Smoke from fires have covered cities in a large haze which affects the citizens’ ability to breathe. Australia has been affected by extreme weather conditions. First ,massive, blazing fires, and then intense, large thunderstorms. Australia is also experiencing a heatwave. Australia hit 107.4°F, which was the hottest temperature the country has ever seen.

Authorities are having trouble containing the fires even with the help of firefighters from other countries. The massive size of the fires and the ability to spread rapidly have largely affected the ability of firefighters to make an impact because of their sheer magnitude. Not only are the people of those areas affected, but also the animals and vegetation.

Recently, animals affected by the fires have approached humans for aid. Koalas are accepting water from people, and kangaroos are jumping past humans on bridges in order to escape the heat of the fires.With the combination of strong winds and high temperatures, officials predict the Australian bushfires may only worsen.

Near Sydney, a famous tourist city, two major fires are burning, creating a smoky haze that impairs vision and affects breathing. According to BBC, parts of Sydney have air quality past the “hazardous” level due to the smoke covering the city. Residents are fleeing as hundreds of homes are threatened to be destroyed. In the Australian state of Queensland, residents were evacuated from homes by emergency services.

Intense thunderstorms have hit the regions affected by the bushfires, and although the rain provides relief for some firefighters, flooding may be the next concern for Australians. Years of constant drought has made the land so dry, that water just slides on the ground. The plants that would normally soak up the rain were burned by the large fires. Precipitation may also cause ash and debris from the bushfires to end up in waterways. Although rain was welcomed by firefighters in New South Wales, where much of the fires occurred, the thunderstorms will not douse all of the fires according to New South Wales Rural Fire Service (NSWRFS).

The rain will not fully extinguish the fires, however it allows firefighters to contain them and to take a break. The fires might in fact even get worse, according to local New South Wales and Victoria firefighters.

Anything can help, if you are able to donate, please do so here: