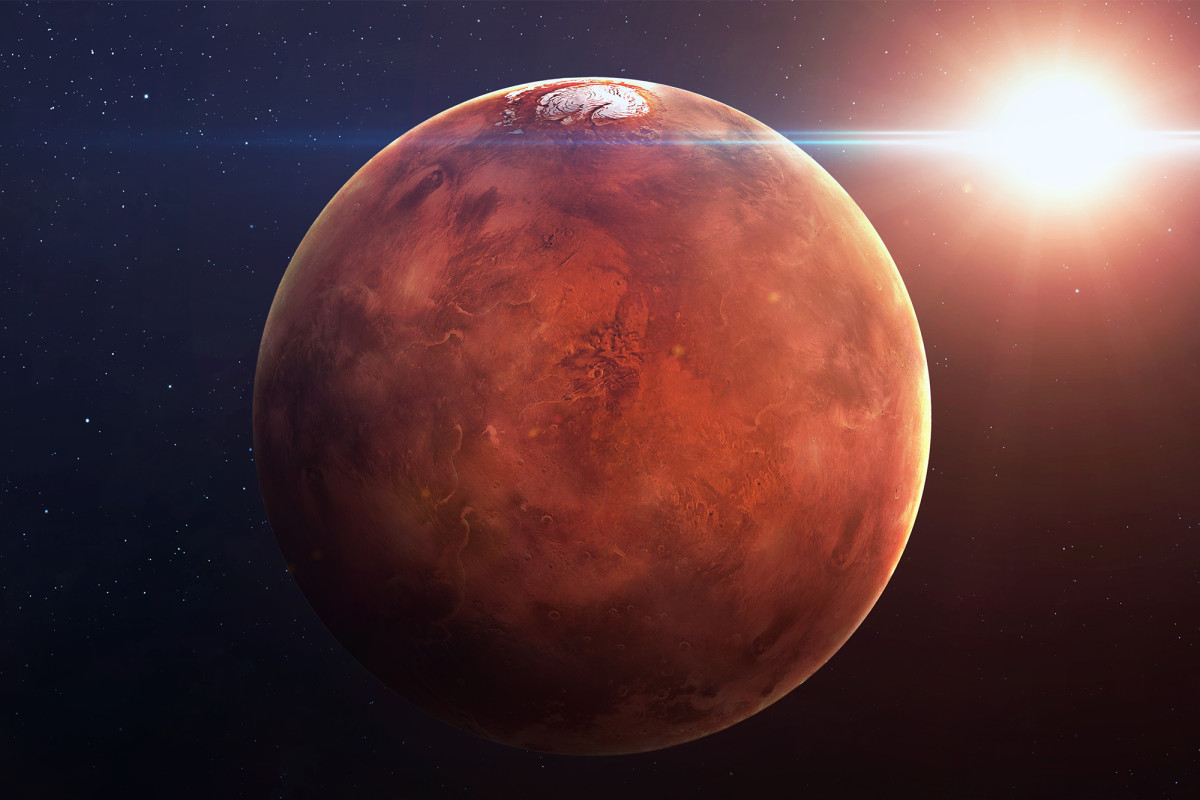 Four reasons why Mars should be your favorite planet

Mars, a planet that is believed to have once carried life, is now a desert land that has no magnetosphere. It is the fourth farthest planet from the sun, right behind Earth. Mars has flaws, but there is beauty in them. Here are four reasons why Mars should be your favorite planet:

According to NASA, the two moons are called Phobos (meaning panic, named after the son of the God of War, Ares) and Deimos (meaning terror, named after the twin brother of Phobos). Phobos is the biggest of the two moons, and the darkest in color. Because Phobos is so close to Mars—3,700 miles to be exact— it orbits the planet three times per day. Deimos is smaller than Phobos. Its shape is not spherical, but rather lumpy, like a rock on a beach. It takes (at most) three days for Deimos to rise and set once.

For example, “The War of the Worlds,” by H.G. Wells, is a very popular book that illustrates how Earth was invaded by carnivorous beings from Mars in search of natural resources. Edgar Rice Burroughs took a different route with Martians in his novel, “A Princess of Mars,” which describes a romance between a Confederate veteran, who becomes superhuman, and a Martian princess. The two works both take place in Mars’ exhausted environment.

According to Space.com, Silica aerogels can block harmful radiation like UV light. It can be used to keep objects warm. For example, NASA used silica aerogels to warm up Mars rovers from the planet’s low temperatures. Robin Wordsworth, a professor of environmental science and engineering at Harvard University says to Physics World,

“Assuming the presence of a 2.5-cm-thick aerogel layer, subsurface temperatures down to depths of several meters are high enough to allow liquid water throughout the Martian year after a few years at this location.”

Currently, researchers at Harvard and the California Institute of Technology are experimenting with how silica aerogels react to expected changes in pressure on Martian surface.

According to National Geographic, Musk wants the human race to be a space-exploring species. His timeline is not completely planned out, but he believes that by the mid-2020s, people would be able to travel to Mars. First, multiple 200 feet tall rockets will be used to transport people every twenty-six months—this is when the planetary alignment of Mars and Earth is perfect for transportation. These rockets are way stronger than NASA’s biggest rocket, Saturn V. Musk hopes to reuse these rockets for transportation. Cost for travel is estimated to be about $200,000.

“We don’t want to send a few people, a few missions to Mars and then never go there again. That that will not accomplish the multi-planetary goal,” says Elon Musk to National Geographic.

Mars provides us with a world of possibility unlike other planets like Saturn with its deadly gaseous environment. Mars has the potential to harbor life using the right tools. Mars allows humans to develop science fiction using diverse alien species. Mars and Earth are one of the only known planets that share the most in common. And Mars will most likely be the planet that scientists will turn to when Earth is no longer habitable.