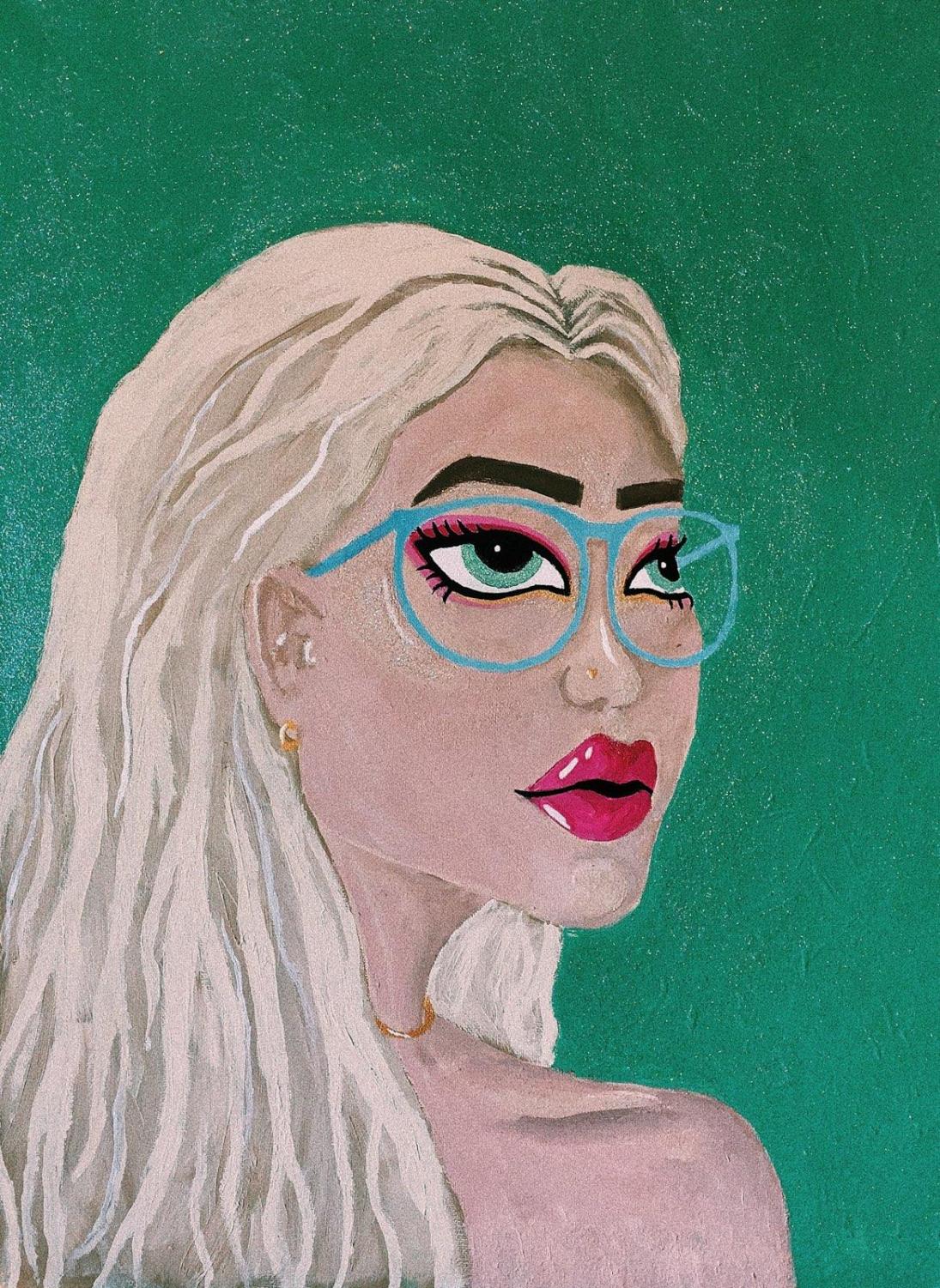 Many students at Winthrop High School have some amazing gifts from juggling oranges to dirt bike racing. But there is one area of talent that many people overlook and that is art. I decided to interview a few of our high school’s artists: 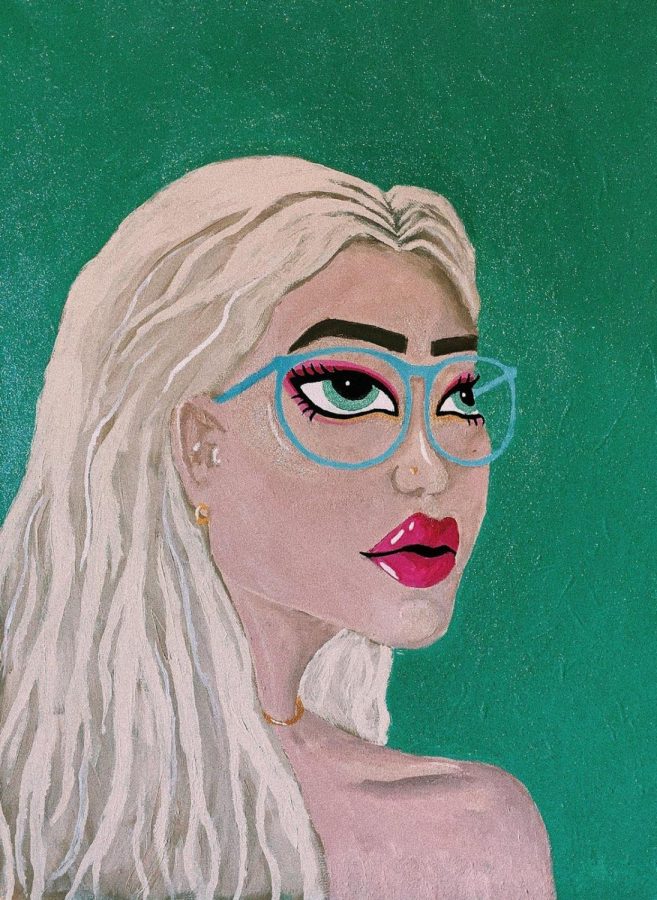 Ever since she was a child, drawing was something that came naturally to Sarah. You may have seen many of her works in some of Winthrop’s art galleries like the ones pictured above. She was president of the WHS Art Club and has won several awards for her performance in her art classes. Some places you may find her works are Boston University’s Art Building, Boston Transportation Building, and the East Boston Gallery.

When I asked her about what message she wanted to get across with her work, she answered, “most of my work aims to show people’s emotions. I like to express social issues.”

In order to improve her skills, She made frequent visits to art museums and galleries, and spoke to alumni to learn more about how she could strengthen her art skills. One of her biggest influences is David LaChapelle, a French artist and photographer, who is known for his saturation of color and Renaissance-era-like technique. She will be going to Simmons University, where she will continue her legacy as a tennis player and study mental health counseling.

Creative writing was always Sam’s niche. Almost everyone who goes to WHS has heard of plays like the Golem, be it from the Drama Society members or posters on the walls.  Credit goes to Sam for writing these plays! The WHSDS has won finals with Antigone and Faustus, which she helped write. Additionally, she won an award for co-writing Faustus during the semifinals of the annual Drama Festival.

When asked about what message her writing attempts to convey, Sam responded, “I guess I try to send the message that language is beautiful and the complicated layers of relationships are also beautiful.”

Outside of school, Sam participates in playwriting challenges, and writes scholarship essays. Some of her most influential role models are Greta Girwig and Ava DuVernay, both of whom are screenwriters. Girwig is famous for her film Lady Bird, and is especially praised for its complex dialogue. Similarly, DuVernay never fails to develop moments in film that impacts her audience. She will be attending New York University to develop her writing career and study creative writing.

I come from a place that does not know it is a place- for the ground does not know that it is the ground, and the soil does not know that it is the soil. The clay from which I am molded does not know itself to be clay and therefore I do not know myself. No patch of earth is distinguishable from any other patch of earth until a foot leaves its print or a seed takes root deep within the soil. And so, with every day I exist, I am molded; every word I hear acts as a footprint upon my tongue and every idea a seedling planted in my skull. My words are limited but my thoughts are bound only by what I do not know. And I do know that I am loyal to you. You are my friend.

Words are very powerful. You have them now. (pause) What you do with them is your choice.

Golem, the creature of clay, you could have become anything. You could have been molded into any form. But you became human, I think, because isn’t that what human nature is? Being a monster sometimes, and sometimes not.

My mother’s name is Neta. And my sister is named Ilana. We are in Prague- did you know that? We live in Prague. And that girl I was talking to before, that was Aliza. I’ve loved her ever since we were small. We used to climb trees together. We’d climb up, up, up into the highest tree we could find. And, once we were near the top, we would pretend that we were the King and Queen of another world and that the entire forest belonged to us. From the top of that tree we thought we could see the whole world. And how can you not be in love with someone after that?

But now Jonah has his sights set on Aliza. And Jonah has never liked me, anyway- he always tells me to stop imagining all the time. I wish he would just disappear! I really do hate him, you know- because how could he say what he says? He tells everyone that he is in love with Aliza, but how can you be in love with someone when you haven’t shared the world with them from the top of a tree?